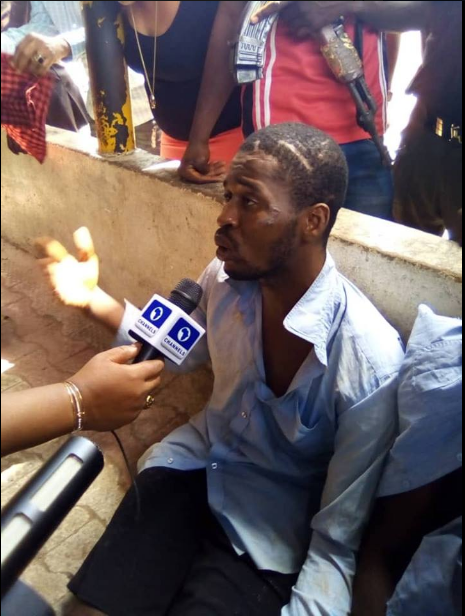 A wanted murder suspect identified as Ikechukwu Udensi Nwokolo popularly known as Ikanda, has been apprehended by the Anambra state police command.

The State Commissioner of Police Mr. Mustpha Dandaura while parading the suspect and other criminals at Police headquarters Awka, Monday said Ikanda was arrested when police raided a criminal hideout at Menax near down flyover in Onitsha.

Dandaura said the suspect was on June 29, 2018 in broad daylight allegedly murdered one Ndubuisi Nwokolo, a-38 year old man at 21 Otamoye street Odoakpu in Onitsha.

He said that the command launched aggressive manhunt for the fleeing Ikanda after he committed the murder and declared him wanted.

The CP however said that suspect was assisting police with useful information that could help in arresting his accomplices in order to bring them to justice. READ  Drugs Popularly Known As ‘Suck And Die’, Many Others Recovered From Dealers In Kano (PHOTOS)
Share this Post[?]