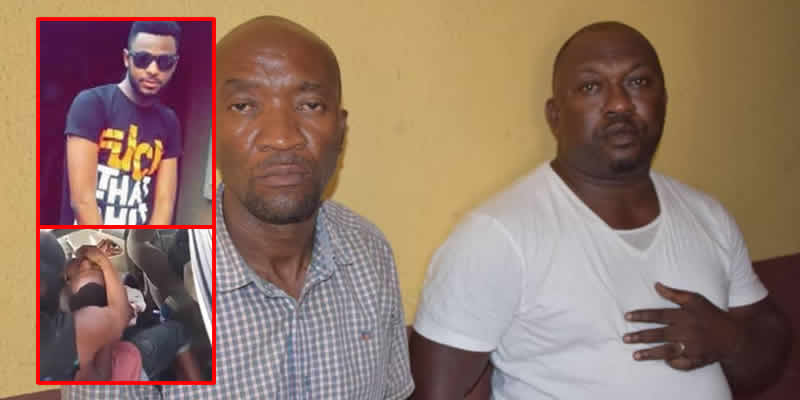 Inspector Ogunyemi Olalekan and Sergeant Godwin Orji are two of officers linked to the shooting of Kolade Johnson as named by the Nigerian Police.

The Police also confirmed that the two men have been “subjected to internal disciplinary procedures”.

A tweet from their verified @PoliceNG handle read: “The men suspected to have carried out the shooting of Kolade Johnson have been apprehended and subjected to internal disciplinary procedures.

“The CP has revealed their names as (1) Insp Ogunyemi Olalekan and (2) Sgt Godwin Orji attached to Anti Cultism Squad.” The victim was alleged to have been shot by a member of a police team, while he was watching a Premier League fixture between Liverpool and Tottenham Hotspur in Lagos on Sunday. Kolade Johnson after he was shot dead

Johnson’s death has sparked widespread criticism, with a renewed call on the Federal Government to end the Federal Special Anti-Robbery Squad (F-SARS) unit of the police.