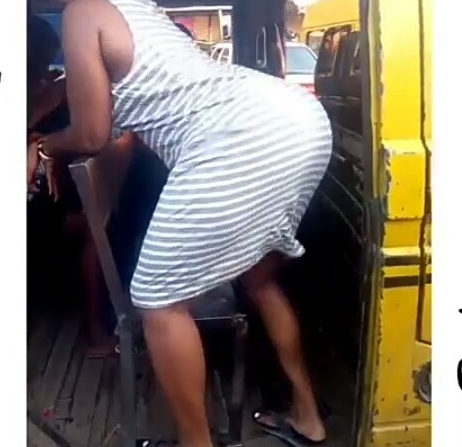 Three young men have been arrested by the Police in Lagos for conspiring and inflicting injury on a young lady by pushing her out of a moving commercial bus over advances for sex.

The suspects were Ibrahim Opeoluwa, 20, Garuba Suleiman, 20 and Emmanuel Ololade, 20.

The incident reportedly happened on 30th March, 2019 at Abule Egun bus stop in Ipaja area of Lagos where they accosted the victim and she failed to cooperate with them.

According to the victim, Joan Nwugha, she met the suspects in the commercial bus and they discussed about love making which will involve the three of them. She refused and they became angry. Out of annoyance they forcefully pushed her out of the bus which was on motion and she was seriously injured.

She was rushed to an undisclosed hospital where she was treated as she suffered serious fracture on her leg. The matter was reported to the police and the victim informed the police that she knew the suspects and will be able to identify them.

Thus, the police moved into action; the suspects were trailed and eventually arrested. After interrogation, they were charged before the Ejigbo Magistrates Court for the alleged conspiracy and assault. They pleaded not guilty.

The prosecutor, Supol Kenneth Asibor, asked the Court to fix a date for hearing to enable the police to prove the matter.

Thus, the Presiding Magistrate, Mr. T.O. Shomade, granted the defendants bail in the sum of N50,000 with two sureties in like sum. They were remanded in prison custody pending when they will perfect their bail condition. The matter was adjourned till 8th May, 2019.