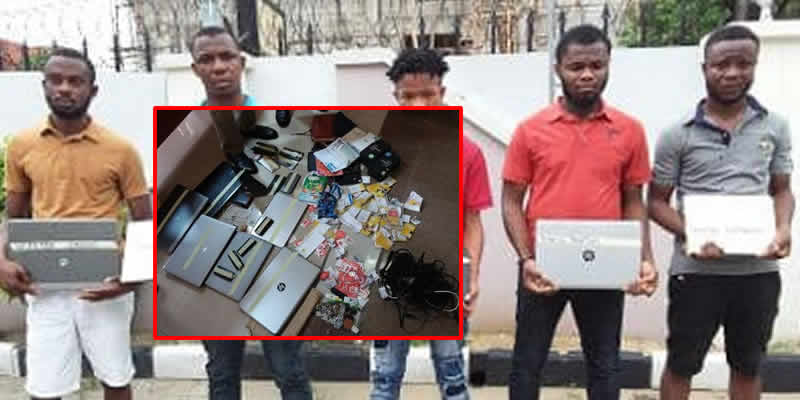 At the time of arrest, it was discovered that the suspects, who were lodging in a 3 bedroom flat, used one of the rooms for their cyber crime activities.

Items recovered from them include: one hundred and twenty three sim cards, including a Turkish sim card, six Laptops, thirteen expensive mobile phones, several books and diaries containing several phone numbers and over three hundred email addresses, amongst others.