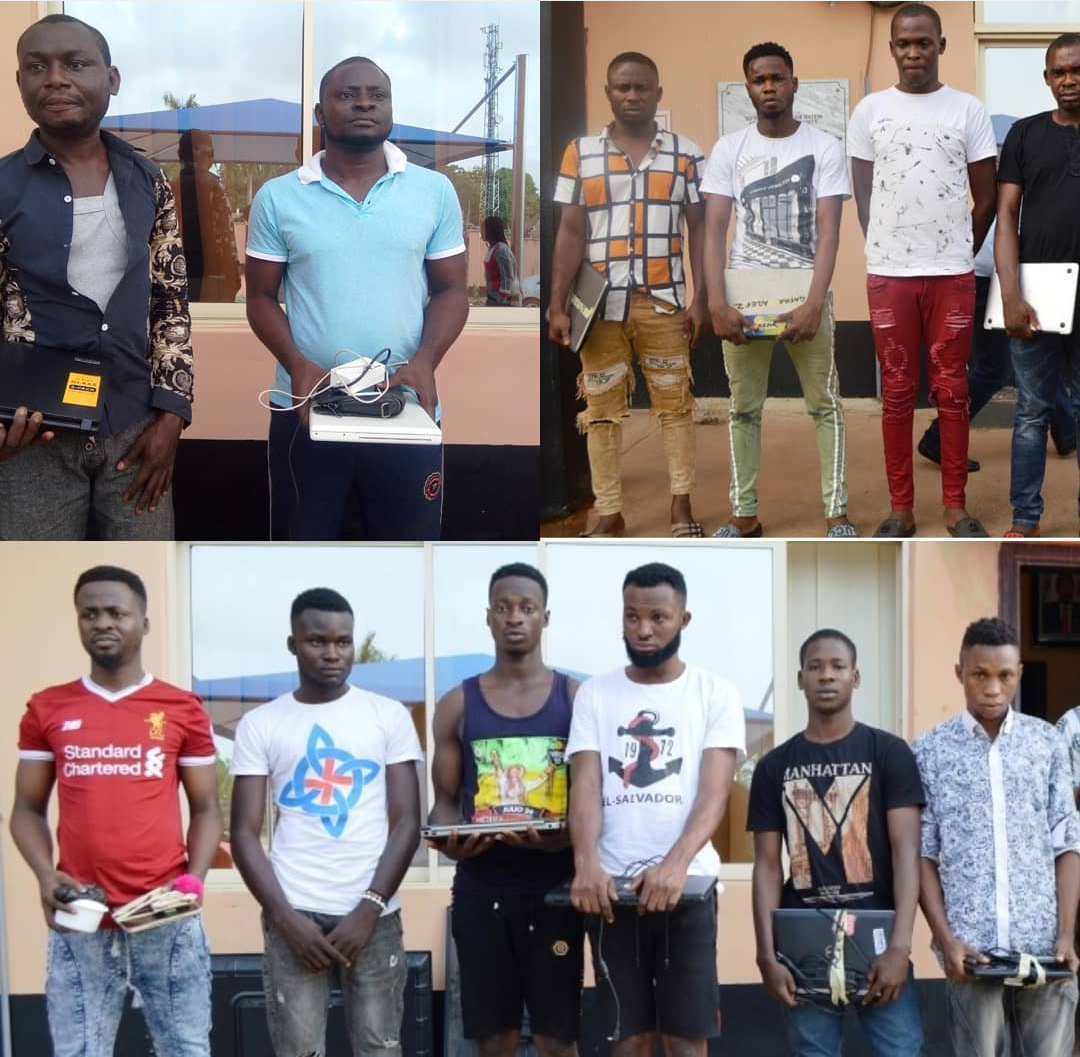 According to EFCC, six of the suspects were arrested at 2nd Pipeline, Ologunerun, Ibadan, while the other five were picked up at a location in Ijebu-Remo, Ogun State.

Ranging between the ages of 17 and 29 years, the alleged fraudsters’ arrested were occasioned by petitions from their neighbours, detailing their alleged fraudulent activities.

The alleged acts include love scam and other forms of internet fraud through which they obtained money from unsuspecting victims.

Items recovered from them include laptops, mobile phones and several documents.

All the suspects will be charged to court as soon as investigations are concluded. READ  Photo Of Man Caught At Location Where He Was Trying To Sell His Children For N350,000 In Calabar
Share this Post[?]