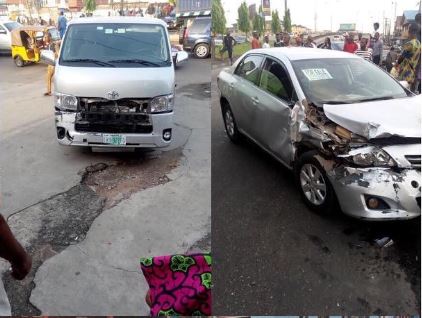 Local reports show that the sad incident happened today, March 5, 2019 at the Ojuelegba area of Lagos and caused quite a stir. It was revealed that a container truck failed brake and rammed into five cars in Ojuelegba.

However, there was no casualty as everyone escaped unhurt.

Even though there were no causalities, the cars involved in the accident were left really damaged after the incident.