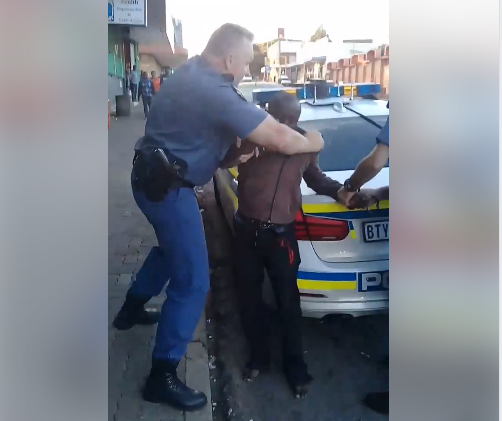 There was a mild drama in public as police officers effected the arrest of a Nigerian man in Germiston area of South Africa.

It was gathered that the Nigerian man was suspected of selling drugs in the area and was nabbed by the police over the alleged offence.

The Nigerian suspect tried to resist the arrest due to the exhibits which were on him as they were removed from his body by his colleague during the struggle with the police officers who almost choked him as can be seen in the video below.

The suspect was later handcuffed and dragged into a waiting police van.