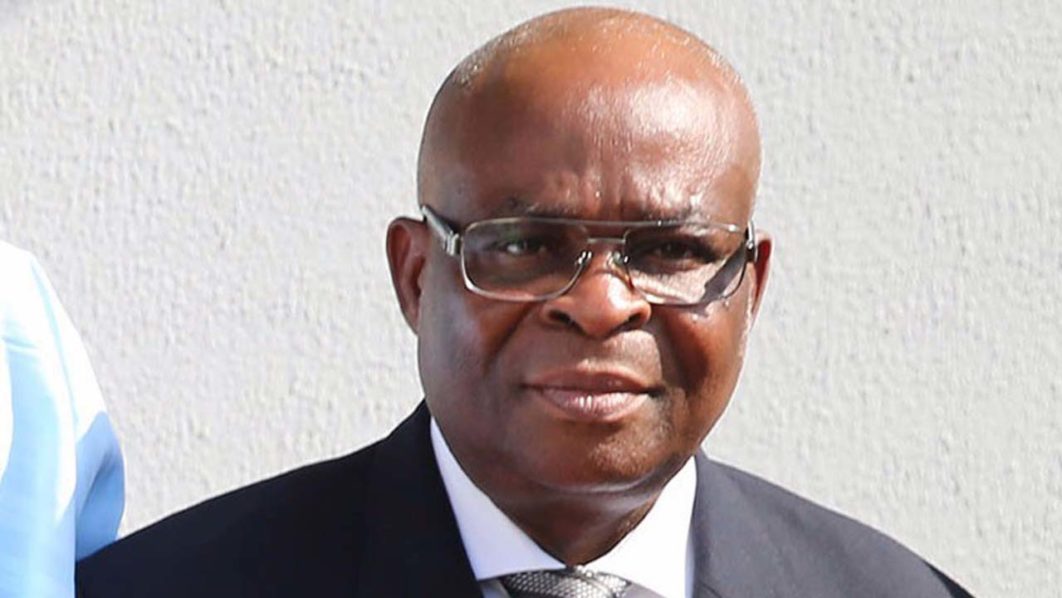 The Federal Government is seeking a jail sentence for the suspended Chief Justice of Nigeria, Justice Walter Onnoghen in his ongoing trial at the Code of Conduct Tribunal (CCT).

But Onnoghen who is accused of failing to declare his assets immediately after assuming office is pleading with the tribunal to set him free.

The charges against him, he says, are “inherently defective” and unconstitutional.

The positions of the two parties are contained in the final addresses of their counsel submitted to the tribunal.

According to The Nation, the lawyers are due to defend their final addresses tomorrow when the CCT resumes sitting on the case.

The Federal Government had on January 11, 2019 filed an application to commence the trial of the CJN at the tribunal.

Although the President is yet to make his position on the NJC’s report known, the CJN on his part resigned from office to “save the Judiciary.”

A 14-man prosecution team, led by Aliyu Umar (SAN) in a final written address of April 11, 2019, asked the tribunal to convict Onnoghen.

The prosecution said: “We humbly submit to your noble lords that the essential ingredients of the offence are:

The Defendant is a public officer as stipulated in paragraph 5 of Part 2 of the 5th Schedule of the Constitution of the Federal Republic of Nigeria 1999 (As Amended).

That the Defendant in such capacity failed to declare his assets immediately after taking office for Count One of the charge against the Defendant the above the only ingredients of the offence under Section 15 and 23(2) of the Code of Conduct Bureau and Tribunal Act Cap 15 LFN 2004.

“We humbly submit that the Evidence of PW.1 and PW.2 and also exhibits 2, 3, 5 and 6 conclusively proved that Defendant took oath of office as Justice of the Supreme Court in the year 2005 and as such was under an obligation to declare his assets as provided by the Constitution and Code of Conduct Bureau Act.

“We submit from the above that the Prosecution counsel has proved the essential elements of Count 1 of the Charge being:

That the Defendant did not declare his assets as a Justice of the Supreme Court at the time unlit when he submitted Exhibit 2 on 14th December 2016. The failure to submit Assets Declaration months after the appointment of the Defendant to the Supreme Court is a contravention of Section 15(1) of the Code of Conduct Act Cap C15 LFN 2004

READ  One feared dead, others injured in fatal accident on Otedola bridge

A contravention of the provisions of Section 15(1) of the Code of Conduct Bureau and Tribunal Act Cap C15 LFN 2004 is punishable under Section 23 (2) a, b, and c of the same Act.

“We, therefore, submit that the Prosecution has proved its case beyond reasonable doubt in the circumstance of this case in respect of Count One.

“We humbly urge your Lordship to hold that the prosecution has proved its case beyond reasonable doubt and proceed to convict the defendant.”

However, the 21-man Defence team, led by Asiwaju Adegboyega Awomolo (SAN) urged the tribunal to “nullify the six counts in the charge sheets.”

The team said: “the counts as laid in this case are confused and therefore are ambiguous, inherently defective and bad in all material particular.”

They alleged that the “drafter of the counts, with respect, seems to be gambling.”

The Defence said: “the counts, with respect, have no basis in law under which they are brought.

“It is whether or not the defendant falsified any statement in any declaration and such statement has been verified by any authority or person authorized in that behalf and found the same to be falsified. The law does not provide for a hybrid as stated in the counts.”

Onnoghen’s counsel insisted that all the charges were in violation of the 1999 Constitution.

They added: “The drafting of counts 1-6 in the charge sheet violates the Constitution of the Federal Republic of Nigeria1999 (as amended). We submit that the prosecutor in drafting his charges or counts must have regard to mandatory provisions of the Constitution

READ  Obanikoro To Testify Against Fayose As Trial Resumes On Monday

“The six counts have no foundation or root in Section 15(2) of the Code of Conduct Bureau and Tribunals Act. The rules of interpretation of statutes whether constitution or Acts of National Assembly is that when parliament specifically mentioned a thing or an act, the implication is that any other thing or act not mentioned in the law is excluded.

“We pray that counts 1-6 in the charge sheets be nullified as unconstitutional, null and void because the law has become settled that when an act proceeding and any official act is unconstitutional, it is invalid, null and of no effect, nothing can be based on it including the prosecution of an innocent public officer.”