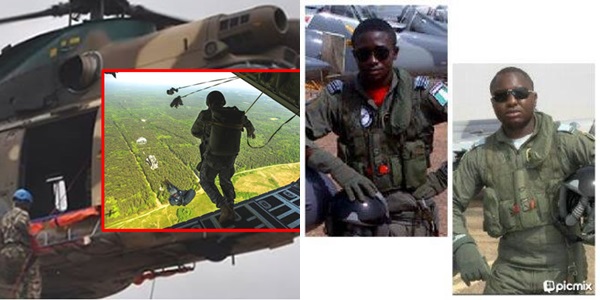 The Nigerian Air Force (NAF) is sad to announce the passing of one of its airmen, Corporal Meshach Iliya Komo, who died in Kaduna today, 14 April 2019, in a parachuting accident during recurrency training.

Recall that one of the Air force officers involved in the fight against insurgency suffered a setback on Sunday when the rotor of their helicopter killed an ACM simply identified as Umar.

One week after the helicopter accident, Nigerian Air Force lost another Airman, Corporal Meshach Iliya Komo in parachuting accident during training in Kaduna.

On behalf officers, airmen and airwomen of the NAF, the Chief of the Air Staff, Air Marshal Sadique Abubakar, while commiserating with the family of the late airman over the irreparable loss prayed that the Almighty God grants his soul eternal rest.

The incident was confirmed by Air Commodore IBIKUNLE DARAMOLA, The Director of Public Relations and Information for Nigerian Air Force.