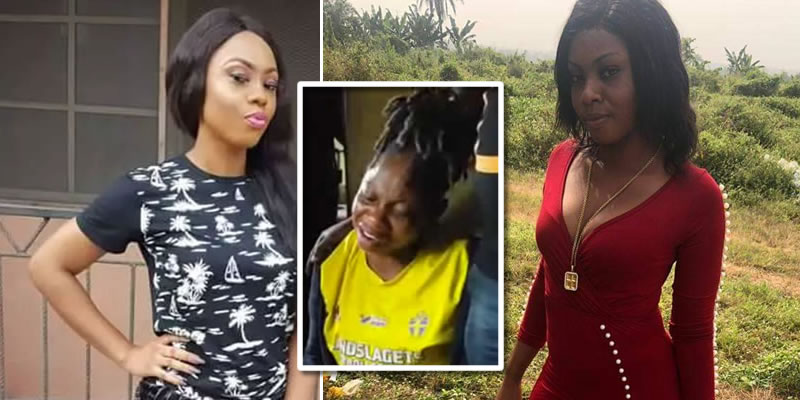 Heartbroken Mother of the victim of Police shooting death in Ajegunle, Lagos, has said that her murdered daughter, Ada Ifeanyi, had promised to celebrate Easter with her.

Speaking to Punch reporter on Sunday afternoon, an inconsolable Mrs. Mercy John lamented the death of her daughter, wondering what the young lady did to warrant the brutal death meted to her by the policemen attached to Trinity Police Station in Ajegunle area of Lagos.

Lamenting her loss, Ada’s grieving mother said: “I spoke with her on Friday afternoon and she promised to come see me next week so we could celebrate Easter together.

“She’s a daughter I don’t want to miss in life. She had a loving heart, she was friendly and didn’t like trouble.“When they called me around 7am that my daughter had been shot by the Police, I rushed down there and saw my child lying dead. A girl of just 20 years died like a chicken!

“What did they find on her that made them fire her? If they had shot the tyre, at least the car would stop. “Is that what the government want for us? I want justice for my child!”

Ada and a male escort, 32-year-old Emmanuel Akomafuwa, were reportedly shot by a group of six policemen on Saturday at about 7am. A third person who was also in their company has since been identified as one Faith.