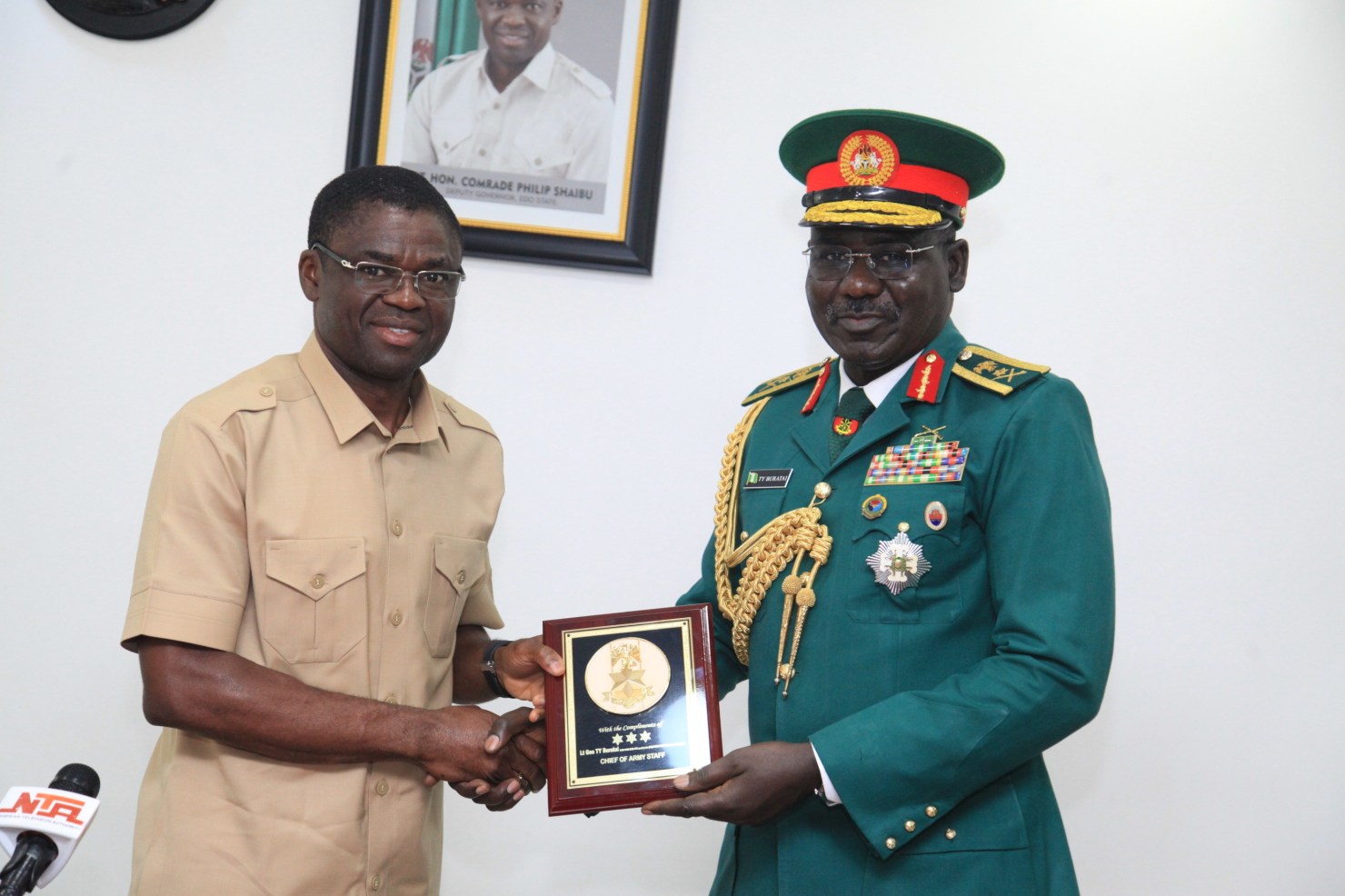 The acting governor made the submission during a courtesy visit by the Chief of Army Staff, Lt. Gen. Yusuf Buratai, to the Government House, in Benin City, on Monday.

He noted that the Nigerian Army has restored hope to Nigerians as a result of their role in sustaining peace and stability in the country, noting that their effort has contributed immensely to the peace enjoyed across the South-South.

“Thank you for what you have done in the North-East and we also appreciate you for the peace in the South-South. “Your leadership has ensured a cordial relationship between the Army and civilians.

You have reinforced the rules of engagement in our system and it has given us a good image in the international community,” he said.

On budgetary provision for the Army, the acting governor urged members of the National Assembly to increase funding for the military to enable them discharge their duties effectively.

“Edo State Government joins in the appeal to members of the National Assembly to increase the military budget so they can effectively deal with the security issues confronting the country,” he noted He assured that the state government will contribute to ensuring a successful burial ceremony for late Gen. David Ejoor, who served as the sole administrator of old Bendel State (now Edo and Delta States).

READ  Biden promises 100m vaccines for US in first 100 days

Chief of Army Staff, Lt. General Yusuf Buratai, said he is on a visit to the state to deliver an inaugural lecture at the Center for Security Affairs, in Igbinedion University, Okada. He said he will also pay a condolence visit to the family of late Gen. David Ejoor, who served as Chief of Staff, Nigerian Army, between January 1971 to January 1975, adding,

“The loss of late Gen. Ejoor is a sad moment not only for Edo and Delta states or the Army but for Nigeria. We request the full participation of the Edo State Government to ensure a successful burial.”

Buratai noted that he will use the opportunity to tour some military formations and units in the South-South region to review their general administration and operational capabilities.