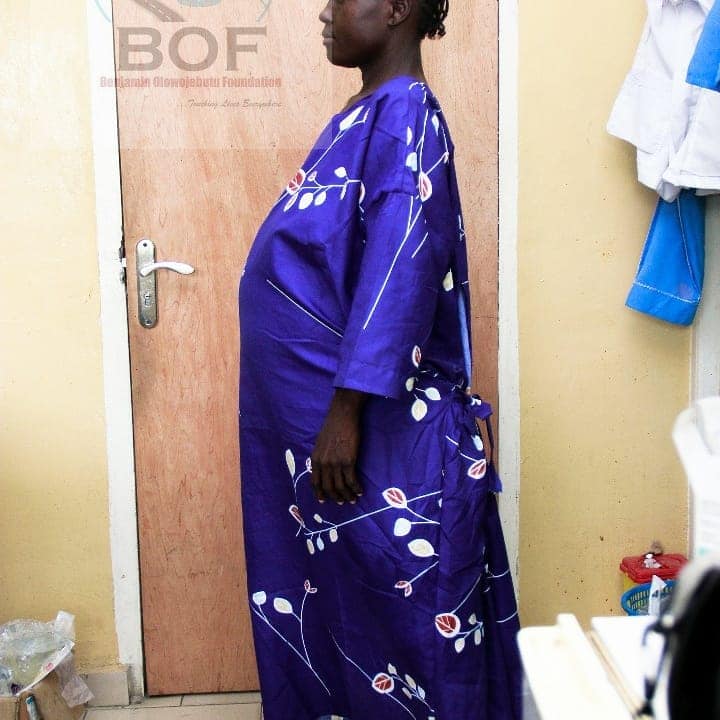 A woman who lives in Ikorodu area of Lagos, has undergone a successful surgery to remove a massive fibroid which she had been carrying in her stomach for over 9 years.

The woman sells pure water on the road in traffic with this NIH load in her stomach.

According to report, she had been to five hospitals and was rejected because the height of the fibriod was at the base of her heart from the previous scan she had .

The woman who paid a visit to Dr Benjamin Oluwatosin Adesoji Olowojebutu in Lagos, finally had massive fibroid which weighed 7.9kg – removed from her stomach.

She thanked the doctor for making her brand new after the surgery.