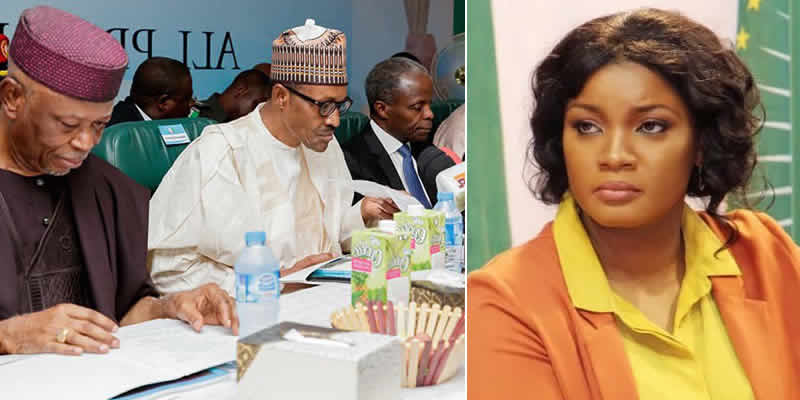 The ruling All Progressives Congress, APC, on Wednesday reacted to comment by Nollywood actress, Omotola Jalade-Ekeinde, where she claimed that Nigeria has become ‘hellish’ under President Muhammadu Buhari’s administration.

Recall that Omotola made the remark on her Twitter page on Monday, while calling out Buhari and Vice President Yemi Osinbajo over the state of the nation.

Reacting, Buhari’s Personal Assistant on New Media, Ahmad Bashir had dismissed Omotola’s comment, saying those with legitimate means of livelihood were not complaining under the current administration.

However, APC stated that the concerns of the actress that both Buhari and Osinbajo should ensure that adequate money in circulation has been noted and being worked upon.

In a tweet on its official social media page, APC wrote: “Dear @Realomosexy, your advice to President @MBuhari and VP @ProfOsinbajo on ensuring ‘adequate money in circulation,’ amongst others, has been noted and being looked into. We thank you for your interest in seeing this admin succeeds.”