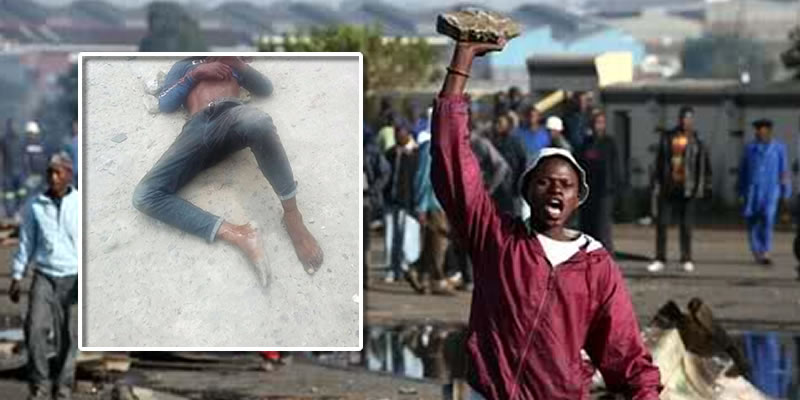 A gang of four armed robbers who were trying to steal a tricycle popularly known as Keke Napep, met their end today at the hands of an angry mob in Bayelsa state.

The five-man gang was said to be notorious robbers in the habit of terrorising the area and robbing unsuspecting people around the Otiotio/ Erepa district, majorly populated by Hausa traders.

It was gathered that the thieves were caught at the Yenagoa metropolis in Yenizue-gene, the state capital. The angry mob at the scene was said to have descended on the suspects as two were beaten to death before the arrival of the police.

Two other suspects were said to have escaped from the mob, while one of them was injured.

It was gathered that luck ran out of the gang when they tried to rob a passerby who had only N1,000 in his pocket.

The victim reportedly shouted to alert traders and residents, who identified the suspects.

An eyewitness, who spoke in confidence, said the suspects were notorious for tormenting residents and others.

He said: “We suffer a lot from them on a daily basic. They rob us and go free. The police are not doing anything about it. They move freely with firearms in the state and nobody arrests them. Even if they are caught, they’ll be released.”

See photos the lynched suspects below.