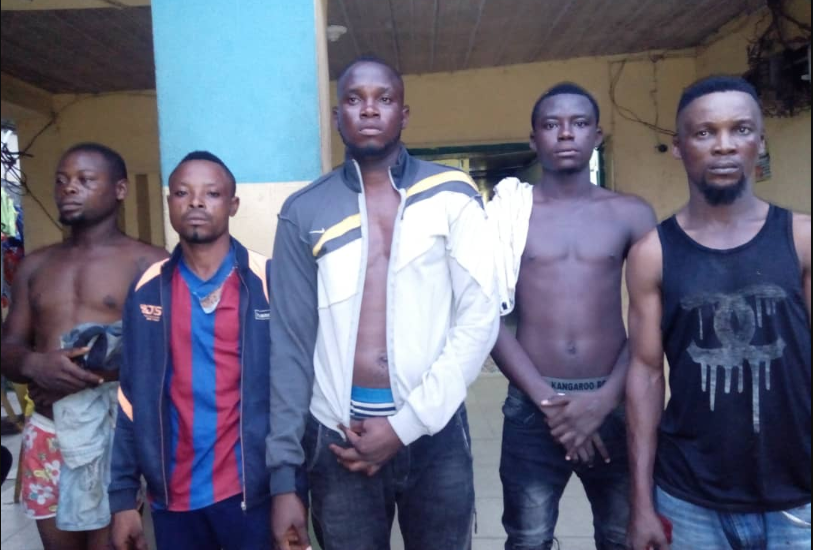 Five suspected cultists have been arrested over a bloody reprisal attack between rival groups on Easter Monday in Lagos. The incident happened between the boundary of Aguda and Ijeshatedo areas of Lagos.

There was no record of death but many were injured and properties destroyed before the police intervened and brought the matter under control.

It was also confirmed by the Lagos State Police Public Relations Officer, DSP Bala Elkana, who said that the prompt response by the police saved the situation.

He said that on 22nd April, 2019, at about 9.30am, the Aguda Police Station received a distress that a group of youths from Ijesha and Aguda areas had engaged themselves in a free for all fight at the boundary between Ijasha and Aguda. Elkana explained that following the reports as received, the Police patrol teams from Ijesha and Aguda were promptly drafted to the scene. He said the situation was brought under control but the windscreen of three patrol vehicles were shattered with stones thrown by the hoodlums on each other.

He said that preliminary investigation revealed that some members of the two rival groups fought in Efo get together party organized by one Bukky and Baba Sunday on April 21, 2019, at Ijesha area, where one Ijesha youth was injured. The injured person then mobilized his friends for a reprisal attack to Aguda which led to the fracas.

Elkana said that investigation was ongoing which will lead to the arrest of the other suspects now at large for prosecution. “The Command has launched a manhunt of other fleeing suspects and they will be soon rounded up” Elkana said.