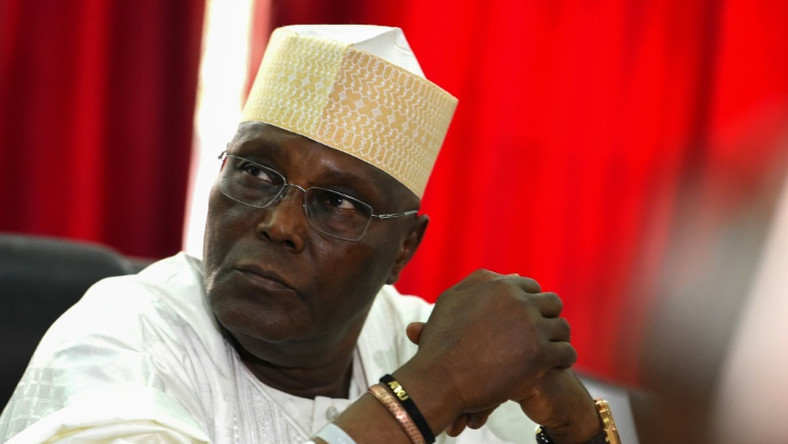 An official of the Dutse emirate council in Jigawa state says the mother of Atiku Abubakar, presidential candidate of the Peoples Democratic Party (PDP), is from the state.

Atiku Abubakar
The royal father said Atiku’s mother was the daughter of late Abdullahi from Jigawar Sarki in Jigawa.

He told reporters in Dutse, the state capital, that he craved anonymity because the issue of Atiku’s origin had been politicised.

The ruling All Progressives Congress (APC) had alleged that Atiku is not a a citizen of Nigeria, and therefore not qualified to contest the presidential election.

While countering a petition filed by Atiku to challenge the victory of President Muhammadu Buhari in the February 23 election, the ruling party argued that the former vice president was born on November 25, 1946 in Jada, Adamawa state, which was then in Northern Cameroon.

But the monarch dismissed the point raised by the APC.

“As a royal father in Jigawa, I don’t want my name to be mentioned because they have politicised the whole issue,” he said.

“However, I can confirm that the late Mrs Kande was from Dutse and her uncle, Adamu Ma’aruf, was the chief imam of Dutse Central Mosque until he died five years after the creation of the state in 1991.”

He said Atiku’s mother who was known as “Kande Yar-Malam” married Garba, Atiku’s father, who came from Sokoto.

“He settled at our house, popularly called ‘Gidan Malamai’ (Scholars’ House). There, he met and married Kande and took her to present day Adamawa State where Mr Abubakar was born,” he told journalists.

“Abubakar’s mother, Kande, was junior to Alhaji Ali and Azumi; they are all late now. Kande was our daughter and Abubakar is our grandson. We are all Fulani by tribe; our forefathers are scholars here in Dutse, that’s why our home is called Gidan Malamai.”

Atiku has insisted that he was born by Nigerian parents and he is therefore a citizen of Nigeria by birth.