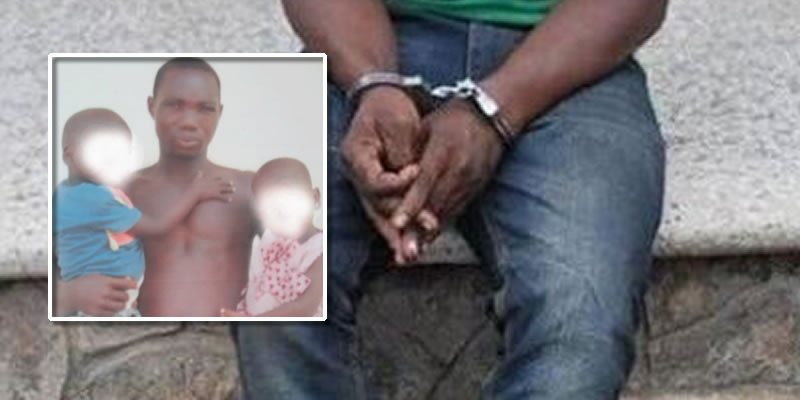 The police in Cross Rivers state have arrested a thirty-year-old man, Edet Essien Inyang, for attempting to sell two of his children.

According to the police, Edet took his son and daughter to Murray Street in Calabar, the state capital, where he sought for buyers to enable him raise money which he said will save him from the poverty he is going through.

“He came here with the children and asked after one rich man on this street and when he did not see the man we asked him what he was looking for the man for and he said was looking for someone to buy his two children. He said the male child is N200, 000 and the female 150,000” a source said The police say the man is in their custody and will be arraigned in court for child trafficking.