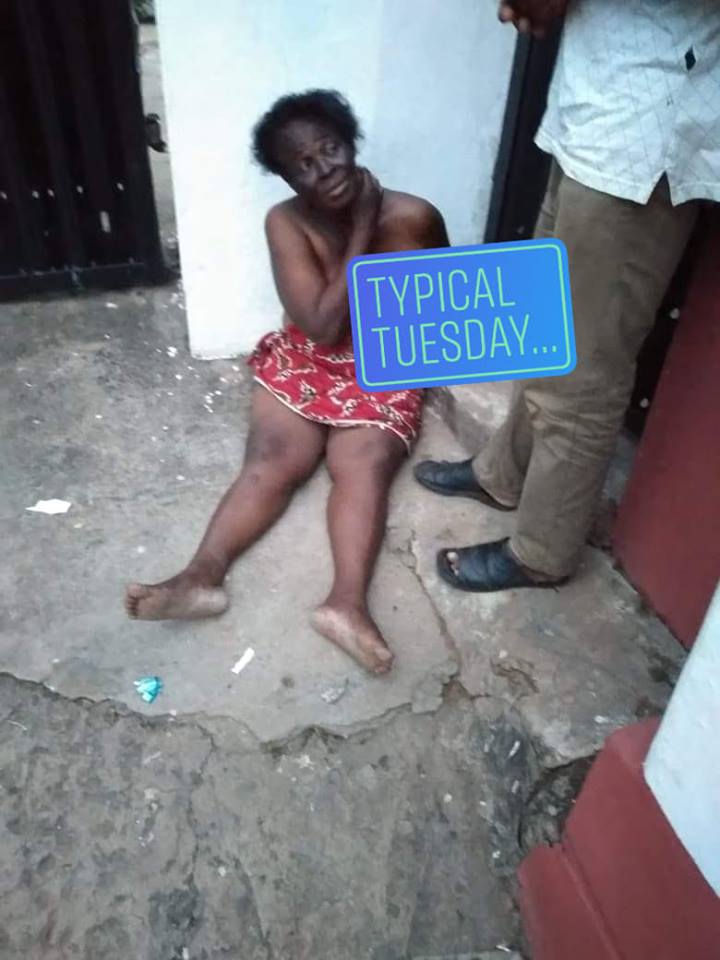 A woman caused a scene in Onitsha area of Anambra state, after she was allegedly charmed by armed robbers who stripped her off her valuables.

According to Mmasinachi Njideka Emoka, the incident happened yesterday morning as the woman tried to enter every gate in a street – claiming that it’s her son-in-law’s compound while mentioning his name, Emenike before she was stopped by the residents.

It was gathered that hours after the woman’s display, she regained her senses and later revealed what happened to her.

She said she travelled from Imo state to Anambra to attend a prayer ministry called Power ministry located at UgborumIli Fegge in Onitsha. But she was ‘charmed’ by armed robbers in a tricycle populalry known as Keke Napepe and was robbed in the process.

The woman later identified herself as Lovett Mbeke and disclosed that her daughter, Chidiogo is heavily pregnant. The woman who says she can’t find her way back home, has been taken to her church, Assemblies of God mission located at Awka road in Onitsha.