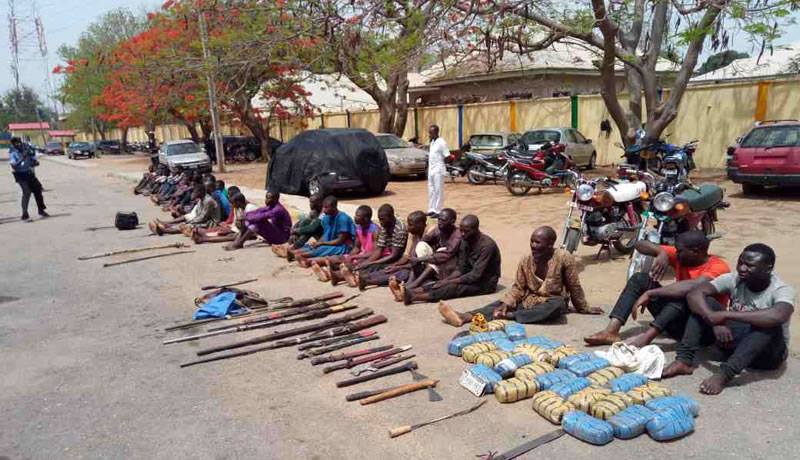 No fewer than thirty-nine suspected kidnappers, armed robbers, cultists, and political thugs have been arrested in various locations across Bauchi State.

The Commissioner of Police for Bauchi State, Ali Janga, who paraded the suspects while inaugurating a special operation code-named “Operation Puff Adder” on Thursday at the Police Headquarters in Bauchi said that the arrest of the suspects and recovery of the arms was as a result of the operation.

He said that the inauguration of the special squad was in compliance with the directive of the Inspector General of Police and directly under his supervision as Commissioner of Police.

“The aim of the operation is to tackle crimes affecting the state such as Sara Suka, Kidnapping, Armed Robbery, Cultism and activities of Babeli groups among other crimes.

“It is to also prevent the influx of criminal elements to the state considering the ongoing security operations in the neighbouring states as Bauchi State has borders with seven states of Kaduna, Plateau, Taraba, Gombe, Yobe, Jigawa, and Kano.