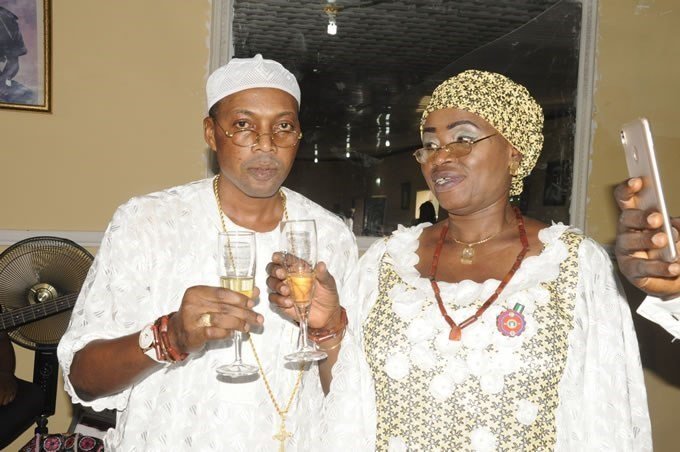 This is coming five months after Jumoke married an Osun State monarch, Oba Olatunde Oginni, the Olodogbo of Odogbo-Ijesha.

The cause of her death is yet to be ascertained but it was gathered that the NBC Director was confirmed dead on Tuesday.

She traditionally married His Royal Highness, Oba Olatunde Oginni, the Olodogbo of Odogbo-Ijesha in Osun State in November 2018.

Olori Oginni got married to the monarch on Tuesday, December 11, 2018, at Ibadan North-West Registry, Onireke.

Daily Post reported that one of the shopping complexes belonging to her husband, Olatunde Ogini shopping complex located at Dugbe, in Ibadan, the Oyo state capital was shut on Wednesday as a mark to honor her after her death.