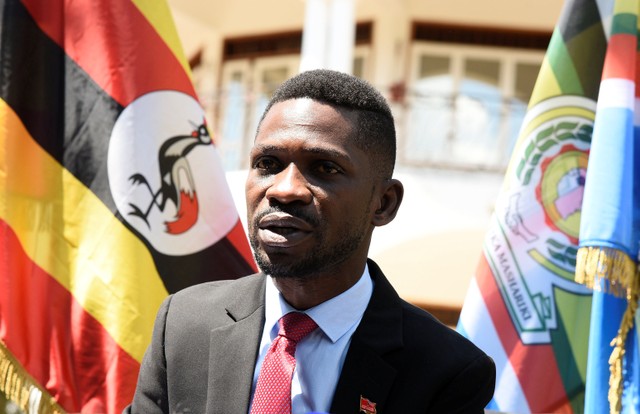 A Ugandan pop singer and lawmaker, Robert Kyagulanyi who is fondly known as Bobi Wine has on Tuesday said he had been placed under a house arrest.

Bobi is seeking to challenge veteran President Yoweri Museveni at the next election.

Recall that some officers of the Police and military used teargas to disperse a large group of Bobi Wine’s supporters as they gathered for a concert at a lakeside beach resort on Monday.

Before the concert, Wine had earlier disclosed that he was removed by police from a vehicle near the beach. Wine said he was taken to his home in a northern suburb of the capital, Kampala.

In a series multiple tweets expressing his feelings, Wine said he was blocked from leaving his home by security personnel, who had told him he was under house arrest.

“Police and the military have been deployed at my residence since yesterday, after the violent arrest … They have surrounded my fence and installed barricades on all roads leading to my home,” Wine tweeted.

When the Police were contacted to make a statement regarding the matter, the Police spokesman, Fred Enanga did not immediately respond to calls from Reuters seeking comment about the alleged house arrest.