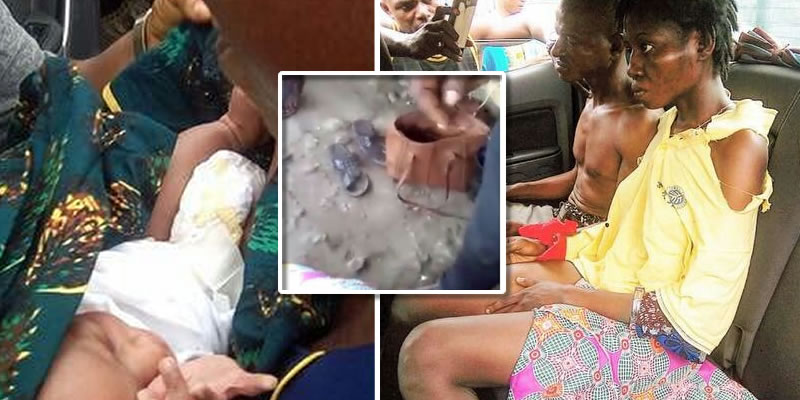 Two suspected kidnappers were arrested with a stolen baby hidden inside a handbag found with them.

The two kidnappers were intercepted along the Aba expressway, on Wednesday, April, 17, 2019, during a stop and search operation in Port Harcourt, Rivers State.

They were almost lynched by the angry crowd which converged at the scene after an alarm was raised.