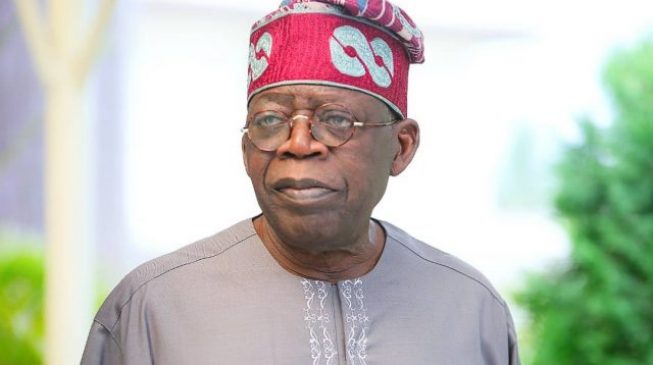 In a statement on Sunday, the Concerned Fulani Leaders Forum stated that Bodejo made the statement to serve some dubious interests.

The group slammed him for attempting to arrogate to himself the power of Nigerians to determine who leads them.

The statement reads: “We note with dismay a publication in The Sun Newspaper of Saturday, April 27, and attributed to Alhaji Bello Bodejo, the self-acclaimed President of Miyetti Allah Kautal Hore, an association mischievously conceived to serve some dubious interests. In the publication, Bodejo was quoted as casting aspersions on the person of APC National Leader, Asiwaju Tinubu.

“Bodejo’s statement is unfortunate and repulsive in all ramifications. For one, he lacks the mandate and credibility to speak on behalf of the Fulani. He has lost the confidence of our people because of his criminal activities, which are well known to us.

“Bello Bodejo …has made a career out of duping poor members of his Fulani community… Such a person cannot be taken seriously or be highly regarded as to speak for others.

“Bodejo stands for everything unethical. His questionable antecedents speak volumes about him and his ways. When he realised he cannot actualise his nefarious activities under any decent association, he resorted to desperate moves, contacting prominent politicians, soliciting patronage and claiming to be a leader of the Fulani under Kautal Hore, a handbag association where he is law unto himself.

“In 2015, he aligned himself with the then-ruling Peoples Democratic Party (PDP). To worm himself into the heart of the party, he headed for Aso Rock Villa where he endorsed former President Goodluck Jonathan in the name of Fulani in Nigeria, a crime the Fulani are yet to forgive him for. He castigated (then General) Muhammadu Buhari, calling him all kinds of unprintable names.

“In the run-up to the 2019 election, Bello Bodejo also made frantic efforts to align with the PDP presidential candidate, Alhaji Atiku Abubakar, holding several meetings with him in his Asokoro residence. When all efforts to dupe Atiku Abubakar failed, he resorted to outright blackmail, again saying many unpalatable things about Atiku.

“He later made frantic efforts to reach out to Asiwaju Tinubu in January, 2019, to sell himself as someone with mass followers. But his satanic plans could not sail through with a highly-intelligent Asiwaju, who can identify a fraudster when he sees one; hence Bello Bodejo’s unprovoked outburst.

“Nigerians should know Bello Bodejo through his antecedents. “He does not command any decent followership as his records speak volumes about him. He …derives pleasure in intimidating people, using his clandestine activities.

“On the issue of 2023 he raised, no one can arrogate to himself the power to decide who should lead or aspire to lead the country. The generality of the Nigerian people will take that crucial decision. Only a charlatan like Bello Bodejo, masquerading as a leader, would make such sweeping statements credited to him. The way and manner he spoke suggests he is out to play God…

“Asiwaju Tinubu is eminently qualified and well equipped to lead the country, irrespective of the thinking of people like Bodejo. Leadership comes from God Almighty alone. Instead of focusing on the many challenges facing the herders’ community, Bodejo is busy building castles in the air.

“He failed to acknowledge the many fine attributes of the APC National Leader. Among other things, it is on record that Asiwaju Tinubu, in his uniqueness of regularly intervening to proffer solutions to problems, sought to find a panacea for many problems, including the lingering farmers-herders’ crisis in Nigeria. Asiwaju singlehandedly sponsored many noble initiatives aimed at fostering peaceful coexistence between the communities in dispute.

“He sponsored two days’ interactive dialogue sessions in Abuja between farmers and herders where the same Bodejo was not only present but stayed till the end. At that time, he would tell anyone that cared to listen that Asiwaju Tinubu was the best thing to have happened to the country. Why the change in posture now, we may ask Bodejo?

“It is instructive to note that the Fulani culture abhors shameful and disrespectful conduct, especially in relating to our elders. We call on Bodejo to desist forthwith from using the name of Miyetti Allah to spread his odious gospel of hate. He should tender an unreserved apology to Asiwaju.

“His campaign of hate and calumny is manifested in the way he tries to underplay or even deny Asiwaju Tinubu’s important contributions to the victory of President Buhari in 2015.

“This is unfortunate, myopic and in bad taste. We must, however, make it clear that it is Asiwaju’s inalienable right to vie for the highest office in the land or not. We call on Asiwaju Tinubu to exercise this fundamental right as he deems fit.”