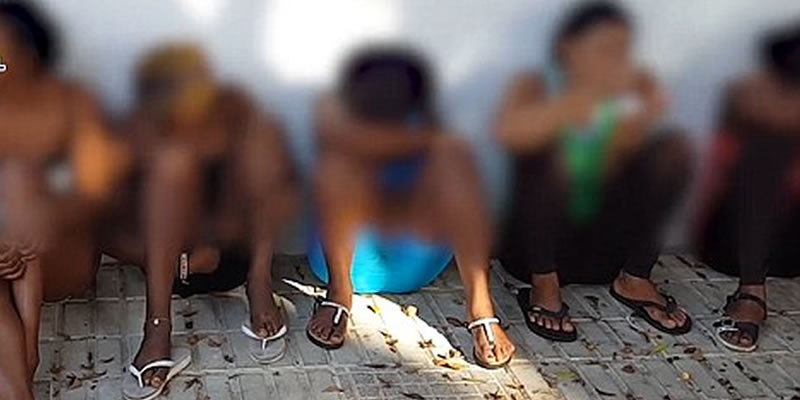 About two weeks after police officers arrested 30 women at different night clubs in Abuja, another 70 women have been arrested.

Recall that Naptip earlier raided a popular club, Caramelo strip club Utako, and some of the strippers in Abuja plying their trades at the strip club, were manhandled by the officials, who whisked them away naked in their vehicles.

A week later, some arrests were done on Saturday night and the victims were detained at a police station, a witness said.

Martin Obono, a lawyer and activist, said he witnessed when the women were brought to a police station in Utako, Abuja on Saturday night.

He said some of the women were accused of prostitution. He also suggested some had been sexually abused by the security officials.

Mr Obono who shared his experience on Twitter wrote:

As I type, 70 girls were arrested and brought to Utako Police station last night. This is in addition to the ones who were arrested on Friday night. Their offence; clubbing and in some instance, prostitution. Some have been assaulted with injuries in their vaginas.

“One of the ladies arrested has a 2-month old baby. She wasn’t allowed to breastfeed her baby by CRO in charge on duty despite continuous plea amidst tears. It took the intervention of a female police officer who called the DPO to overrule the decision of the inspector at the time.

“The joint task force that arrested some of these girls have been allegedly molesting and assaulting them. Some even showed the bruises and bleeding in their vaginas,” Mr Obono wrote on his Twitter handle.