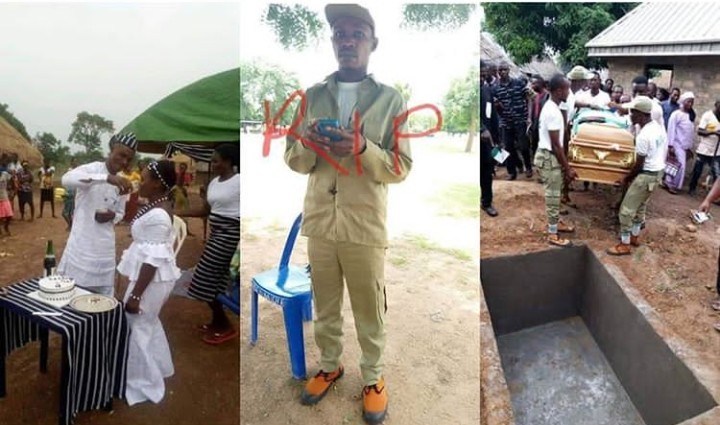 A corps member serving in Zamfara State, Mr Ferdinand Lorwuese Kutar, who reportedly died 3 days after his traditional wedding in Benue State, has been laid to rest.

Kutar was laid to rest on Saturday, April 27, in his hometown Tse Kutar Nyiev, in Guma Local Government Area of Benue State. According to reports, he died on April 16, just three days after his traditional wedding, which held on April 13.

In funeral oration Hon. Seta described the deceased as a hard working young man who was dedicated to any given assignment and focused in life, prayed God to grant his soul a peaceful rest in the Lord’s bosom and as well grant his family the fortitude to bear the irreplaceable demise of Mr. Ferdinard.