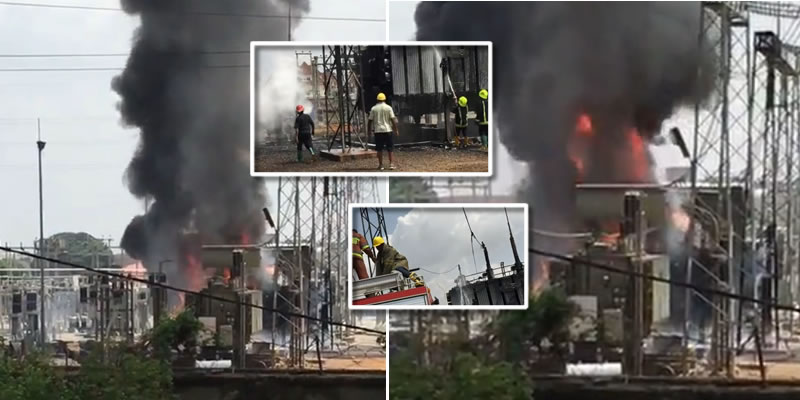 There was a fire outbreak at the Apo transmission station that was later put out on Sunday.

A power transmission substation in Apo, a suburb in the Federal Capital Territory went up in flames on Sunday evening.

According to initial reports, the fire started at about 1.30pm from a transformer in the substation and persisted for some hours.

There has been a fire outbreak at the Apo transmission station. Although the fire has been brought under control, a 45MVA transformer, based on preliminary information was lost to the fire. Our technical team is right now working with the TCN engineers to see how to absorb the load on the 45MVA transformer that was affected by the fire.

It said the burnt transformer was part of those that feed the 33kV feeders of the Abuja Electricity Distribution Company.

The fire was put off by the combined efforts of the federal, FCT and Nigerian National Petroleum Corporation fire service. “It is, however, still early for TCN to determine if the burnt transformer can be salvaged,” the General Manager, Public Affairs, TCN, Ndidi Mbah, said.

She said the fire resulted from a direct fault from one of Abuja Disco’s 33kV feeders which had a history of incessant trippings, as the 33kV lacked protection.

The Minister of Power Works and Housing, Babatunde Fashola that was said to have responded to the incident, said that he was that the technical staff were already working to redistribute the power from the station.

He was quoted as saying that “I am aware of the Apo Fire incident which occurred today (Sunday) affecting the Transmission Transformer and our staff are at site & on ground . Fire has been put out.

“Damages is being assessed and plans underway to redistribute Power to Communities served by the burnt / damaged Transformer at Apo Transmission Sub Station.”