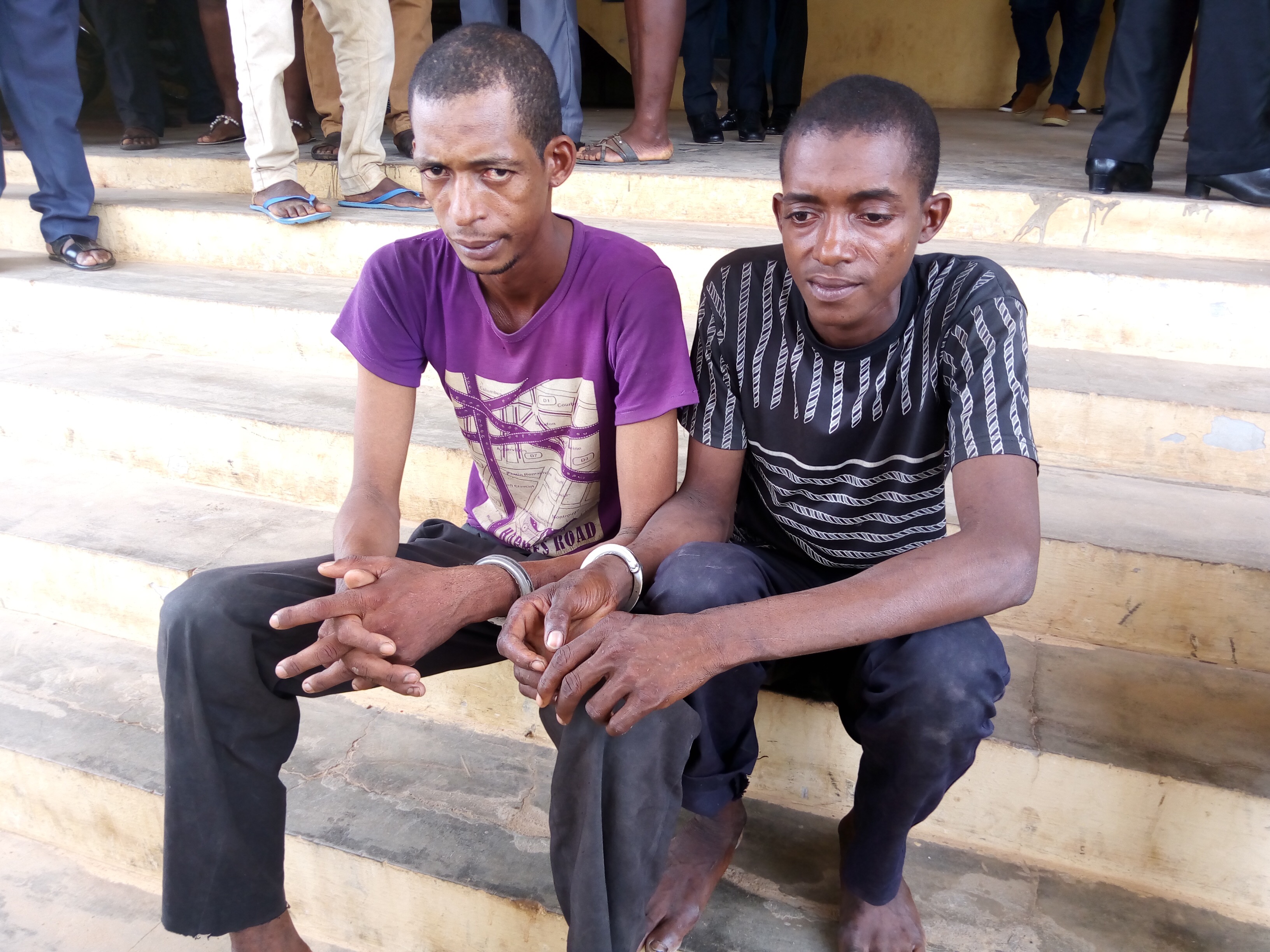 Two brothers have been nabbed by men of the Ondo State Police Command for their alleged involvement in kidnappings in the state.

The two brothers, Abdulmumini Muhammadu 40, and his younger brother, Saidu 30, from Nassarawa State, whose arrests were made possible with the combined efforts of the vigilante group within the axis, were said to have been terrorising motorists along Auga/Ise-Akoko in Akoko North East Local Government area of the state.

It was gathered that the kidnappers, who are into cattle business, had last year kidnapped one of their victims, Yemi Ilesanmi, before he was rescued by the police after demanding N30 million ransom from him.

Admitting to have committed the crime, Abdulmumini, who was paraded at the headquarters of the Nigeria Police in Akure, the Ondo state capital, confessed that the operation was his third while it happened to be the first for his younger brother.

According to the him,

“I’m yet to receive any money for the last outing. My brother is a novice on the job, it was his first time.

“It’s vigilante who helped the police to arrest me.”

Addressing newsmen on the development, the state Commissioner of Police, Undie Adie stated that “On the 29th day of December, 2018 at about 1845hrs one Yemi Ilesanmi ‘m’ of behind Industries, Auchi Road, Ugbe Akoko complained that unknown gunmen attacked him along Auga Akoko/Ise Akoko Road, Ondo State and kidnapped him into the forest.

READ  This Shouldn’t Be “Normal” In 2020 America, Obama Reacts On The Death Of George Floyd

“The kidnappers demanded thirty million naira (N30,000,000.00k) as ransom. The hostage was rescued unhurt and without ransom paid, following the Police and vigilante group’s operation on the kidnapper’s Den. Investigation later led to the arrest of, one Abdulmumuni Muhammadu ‘m’ and Saidu Muhammadu ‘m’ in connection with the case.

“They confessed to the commission of the crime and claimed that one Abdullahi who had been on the wanted list of the Command is their gang leader.”

The police boss added that detectives are still on the trail of the alleged gang leader, Abdullahi and other members of the group.