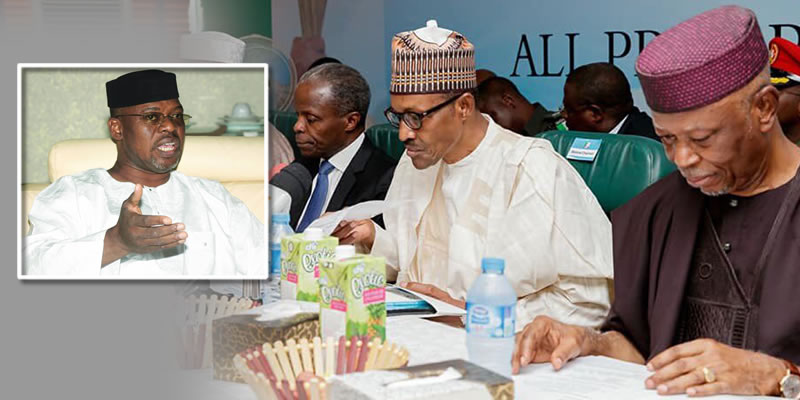 The Ekiti State chapter of All Progressives Congress (APC) has suspended Segun Oni over anti-party activities.

Segun Oni’s suspension was ordered in a letter dated 1st May, 2019 from Ekiti State chapter of All Progressives Congress (APC).

The letter was signed by the chairman and secretary of Ifaki ward II, Shina Akinloye and Ogunyemi Taiwo respectively and 24 other executive members in the ward.

” Subject to Article 21 Subsections I, II and X of the APC constitution 2014 as amended, we undersigned executive members of the APC hereby suspend you indefinitely from our great party, based on your refusal to honour our invitation for investigation and fact finding into the allegation of anti party activities leveled against your person by the members of our party.

“We are by the copy of this letter informing both the local government and state working committee of the party for necessary information and action.”

The suspension is coming after the party earlier summoned the former Deputy Chairman (South) to defend himself within seven days, which elapsed on Wednesday, against allegation levelled by some party members.

The summon by APC executives in Ifaki 2 was contained in a letter dated April 24, 2019 signed by Ward chairman and Ward Secretary.

“Kindly indicate by informing the APC chairman the convenient time and date to appear before members within the next seven days of the reception of this letter”.

The letter of invitation was received on Oni’s behalf by one Segun Adetunji on 25th April, 2019.

The party said it took the action over failure of the party chieftain to appear before the ward executive to clear the allegations.

In his reaction, the former governor, Segun Oni said he was yet to be notified on his suspension from APC.

“The constitution of the party is clear on cases of suspension. it clearly sites circumstances and outlines procedures to be taken to warrant and effect a suspension.

“If any suspension exists, I need to be notified. And if such circumstances do not exist nor procedures taken in line with the party’s extant laws, then a suspension, invariably does not exist.”

“Who are they? I am not a nobody in the party. So I cannot be expected to honour such a faceless invitation.”

“Who are they? What is their pedigree? If a group of rascals signed a letter, how can they expect me to give any thought to such? Let those who wrote the letter show face and levy allegations,” Oni said.