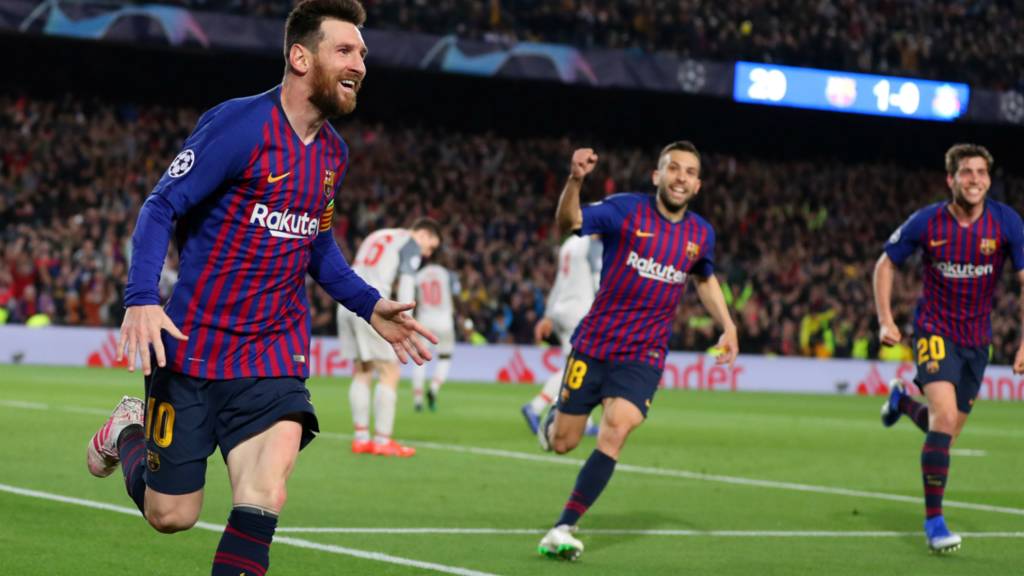 Liverpool were left to rue what could have been yesterday at the Camp Nou as they fell 0-3 to a Lionel Messi-inspired Barcelona.
Anybody that sees the final score would think that Barcelona completely outclassed the Merseysiders, but that was far from the truth.

Liverpool played their part in a thrilling encounter that lived up to what the pundits expected of two attack-minded teams. But the difference was, why Barcelona made their chances count, Liverpool contrived to throw away chance after chance in a game the statistics read in their favour.

The difference was, perhaps, in that one man, Lionel Messi, who once again showed why he is rated as the greatest player in the world.

Barcelona rode their luck in the early minutes of the game, but they fell to a goal by former Anfield favourite, Luis Suarez, who opened scores against his former club in the 26th minute off a cross by Jordi Alba.

Liverpool had their chances to level with Sadio Mane blazing over from close range, while Mohamed Salah and James Milner both had efforts saved.

The second half was all about Liverpool, but that inability to put the ball in the net cost them the equalizer.

The Englishmen were further pegged back by Messi, who added the second goal 15 minutes from time, converting the rebound after Suarez had hit the bar.

Messi then put the game, and the tie, even further beyond Liverpool’s reach with a curling free-kick eight minutes from time.
Liverpool’s night was summed up in the closing minutes as Salah hit the post with the goal gaping after a goalmouth scramble.

If Liverpool strikers were wasteful, Barcelona goalkeeper, Marc-Andre Ter Stegen showed why he is one of the best in the business with crucial saves from Mohamed Salah and James Milner when everybody thought the ball was already in his net.

Messi’s third goal was his 600th goal in his Barcelona career.

The return leg is next Wednesday at Anfield, but before then, Liverpool will look to bounce back with victory at Newcastle United on Saturday in the English Premier League.