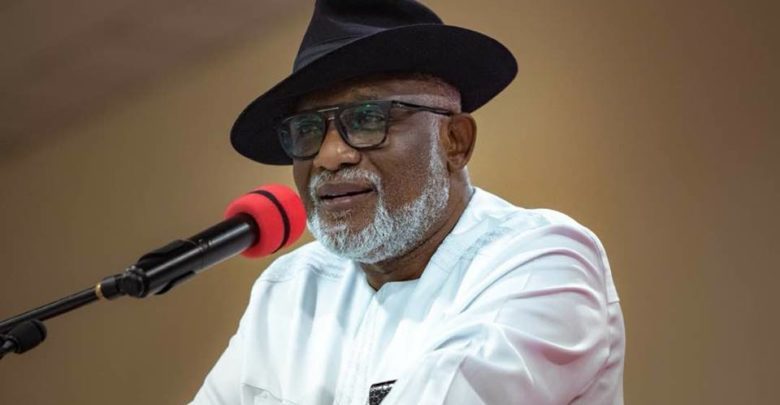 Gov. Oluwarotimi Akeredolu of Ondo State on Tuesday said that the monthly Internally Generated Revenue (IGR) of the state had increased to over N1.5 billion.

Akeredolu disclosed this in Akure during a courtesy visit by the Association of Licensed Private Security Practitioners of Nigeria, Ondo State chapter.

He said that the monthly IGR was previously less than N700 million, but had more than doubled due to the initiatives of the present administration.

“We must think out of the box and be creative. We are thinking anew, acting anew, and doing things differently,” he said.

The governor also hailed Asiwaju Bola Tinubu, former Lagos State Governor and National leader of the All Progressives Congress (APC) for his pioneering role at building an economic base which pushed up the IGR of Lagos State as one of the biggest economies in Africa.

According to Akeredolu, the commitment of Tinubu to the economic rejuvenation of Lagos when he was the governor remained unparalleled till date.

He said successive administrations in that state had continued to build on this.

The governor urged the people of the state to collaborate with his administration in its bid to ensure that the IGR of the state improved tremendously to a level of comfort like Lagos.

Earlier, Mr Mathew Akinbileje, the Chairman of the association, had lauded Akeredolu on delivery of democracy dividends to the people of the state.

He appealed to the governor to incorporate the association in the state’s security architecture to aid in intelligence gathering.

Akinbileje also requested for a patrol vehicle to ease the group’s movement and for intelligence gathering.