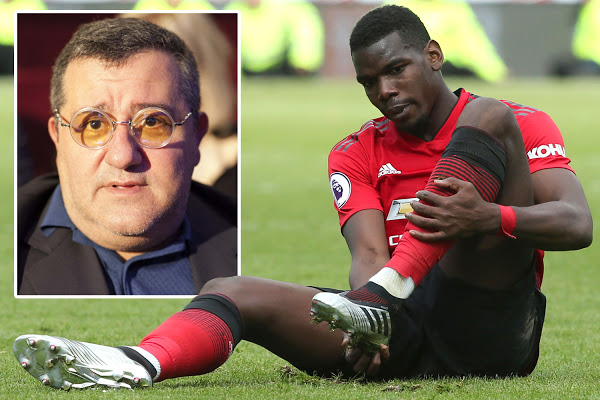 Mino Raiola, agent to Manchester United midfielder, Paul Pogba, has had his ban extended to “a worldwide effect” by FIFA, one day after receiving a three-month suspension by the Italian Football Association (FIGC).

Raiola, who also represents the likes of Matthijs de Ligt and Zlatan Ibrahimovic, was given a three-month suspension on Wednesday by the FIGC, although it did not provide any specific reasoning.

The 51-year-old moved to reassure his clients, that potential business in the coming transfer window would not be affected as the ban was restricted to Italian territory, while he made it clear he would contest the FIGC’s decision.

But FIFA announced on Friday that it has extended the suspension to a global scale and like the FIGC, did not provide an explanation for the extension of the ban.

“The decision of the FIFA Disciplinary Committee was notified today and takes immediate effect,” a FIFA statement read.

This development might affect Pogba’s potential move to Real Madrid this summer, except he is able to change his representation.