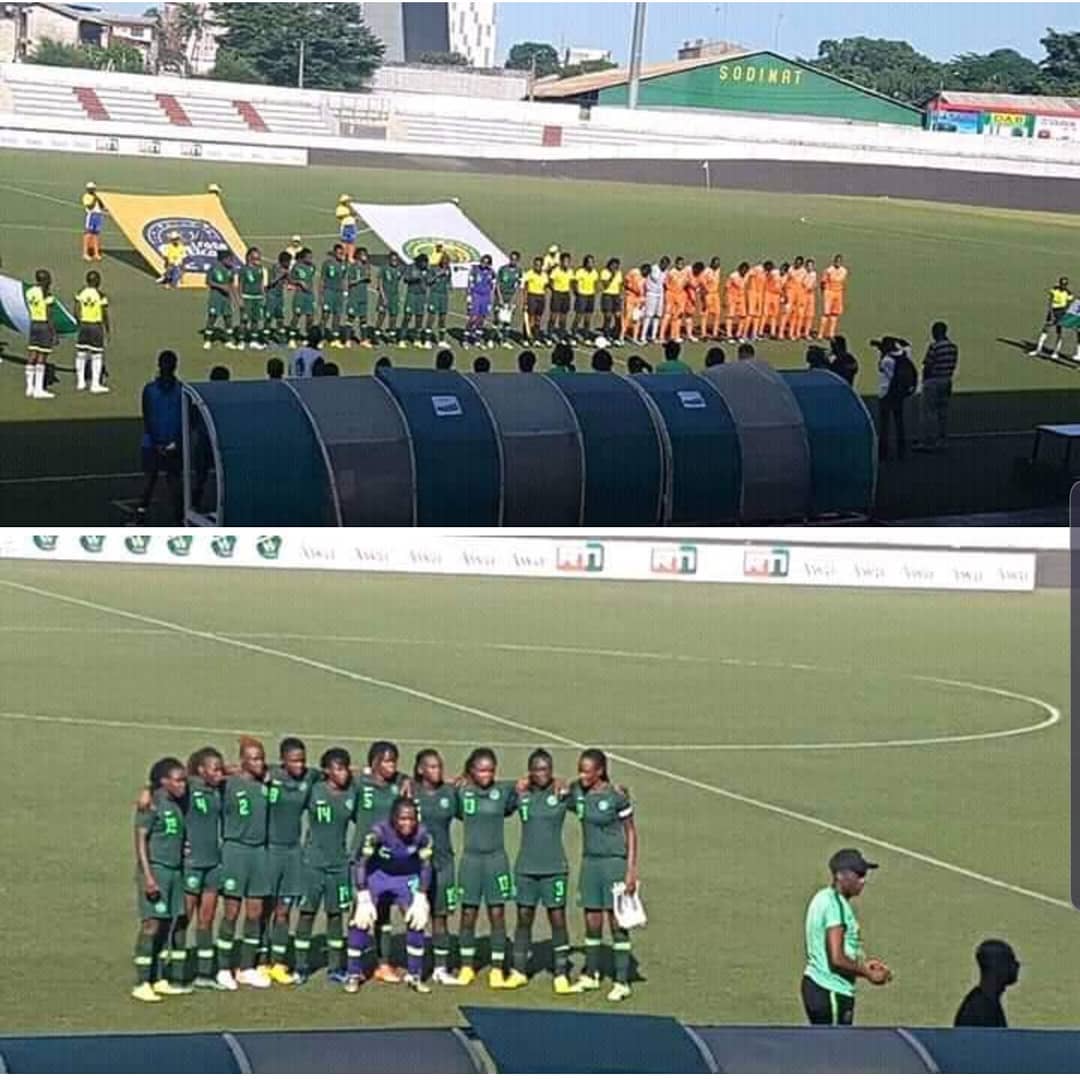 The Nigeria national women’s football have set a new record for themselves as they went goal crazy on Saturday, walloping their counterparts from Niger Republic 15-0 in their second game at ongoing West Africa Football Union (WAFU) Cup tournament.

The sub-regional women football tournament is ongoing in Abidjan with eight West African teams in attendance.

The Super Falcons had thrashed Burkina Faso’s girls 5-1 at the Parc des Sports in Treichville on Thursday, but they were more ruthless on Saturday against the Nigeriens who are indeed the standout whipping team of Group B.

The goals feast for the Super Falcons started in the ninth minute, and two minutes later the nine-African champions had doubled their lead.

Two more goals were added for the Super Falcons before the half-hour mark, and by the end of the first half, the Nigerian Ladies were 9-0 up.

The Super Falcons did not slow down in the second half as they added six more goals to end the tie with an amazing 15-0 score line.

The Nigeriens had lost their opening group game to Mali 10-0, meaning that they have shipped in 25 goals in just two games.

The high score win on Saturday has earned the Falcons an early ticket into the semifinals, taking their confidence to the maximum level. It has also set them in a good mood for the concluding stages of the championship.

After Saturday’s clash with the Nigeriens, the FIFA World Cup-bound Falcons will tackle high–scoring Mali on Tuesday evening.

READ  EPL: What Iwobi said after 4-1 win over Fulham

According to the team’s programme, the Falcons will fly out of Nigeria to Austria on May 21, where they will spend two weeks at the renowned Avita Resort in Bad Tatzmannsdorf perfecting strategies for the 8th FIFA Women’s World Cup finals. They will arrive in France on June 4.

At the World Cup finals, holding June 7 to July 7, the African champions will file out against Norway in Reims on June 8, take on Korea Republic in Grenoble on June 12 and tango with host nation France in Rennes on June 17.