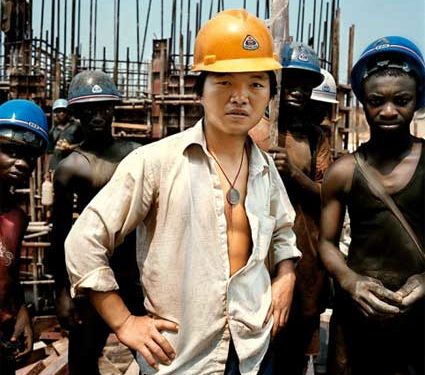 A leading pro-democracy and non-governmental organisation (NGO) in Nigeria, the Human Rights Writers Association of Nigeria (HURIWA) has urged the National Assembly to investigate claims that Chinese company in Nigeria recruit convicts from their country in Nigeria as technicians.

This followed what it called an extensively damaging public admission by a committee of the House of Representatives that Chinese companies in Nigeria were bringing in prison inmates from China to work as expatriates on many lucrative construction sites paid for by Nigeria.

Its National Coordinator Emmanuel Onwubiko and National Director of Media, Miss Zainab Yusuf, also urged the Comptroller General of the Nigeria Immigration Service (NIS) to respond to the allegation that expatriate quota was granted to Chinese prisoners.

According to the NGO, over 200,000 unemployed Nigerian graduates have petitioned it with a demand that the Federal Government investigate the scam and prosecute indicted officials.

REad also: Nigeria didn’t mortgage property for China loan, says Amaechi
In its statement, HURIWA said: “We are petitioning to stand against the illegal immigration of large numbers of Chinese prisoners into Nigeria as expatriates; in turn, taking slots meant to accommodate graduates in the Labour force of the nation.

“A House of Representatives member representing Gumel, Gagarawa, Maigateri and Sule Tankarkar Federal Constituency of Jigawa State, Sani Zoro, raised the alarm of incessant importation of Chinese prisoners to work in foreign companies in Nigeria. The lawmaker, who stated that Chinese prisoners were often conveyed into the country as expatriates, accused the NIS of complicity in the immigration breaches.

“Surprisingly, NIS Deputy Controller Immigration (DCI) James Sunday denied the allegation against the service. He insisted that the claim remained an unfounded allegation. He said the statutory responsibility of Immigration on movement of immigrants had never been compromised.

“The Controller General of Nigerian Immigration Service (NIS), Mohammed Babandede, has affirmed in December 2018 that porous borders on the nation’s territory still remain a major challenge bedeviling the success of NIS. He said “we still have unsecured borders”.

He regretted the inability of Immigration to render maximum control of the 140 recognized land borders in the country.

According to the Labour Force Statistics-Volume I released December 2018, the total number of people classified as unemployed which means they did nothing at all or worked for a few hours (under 20 hours a week) rose from 17.6 million in Q4 2017 to 20.9 million in Q3 2018.

READ  2019 presidency: General Jemibewon reacts to Obasanjo’s endorsement of Atiku, tells Nigerians what to do