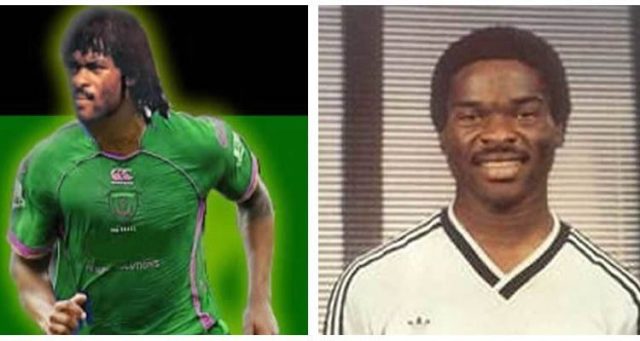 Google Doodle is a special, temporary alteration of the logo on Google’s homepages, intended to commemorate holidays, events, achievements, and notable historical figures.

“Samuel Sochukwuma Okwaraji was a professional footballer who played internationally for Nigeria.

“He was also a qualified lawyer who had a masters in international law from the Pontifical Lateran University of Rome.

“Samuel Okwaraji, a Nigerian midfielder was born on May 19, 1964, to Janet Okwaraji and David Okwaraji.

“He collapsed and died of congestive heart failure in the 77th minute of a World Cup qualification match against Angola at the Lagos National Stadium in Surulere, Lagos State on August 12, 1989.

“The autopsy showed that the 25-year-old had an enlarged heart and high blood pressure. The sudden death was similar to that of Marc-Vivien Foé less than 14 years later,” it said.

During his football years, Okwaraji enjoyed successes as he had a stint with European football clubs; AS Roma, Austria Klagenfurt, NK Dinamo Zagreb, VfB Stuttgart.

As such, he was made a member of the Green Eagles squad of 1988 and scored the fastest goals in the history of African Nations Cup.

Okwaraji died at the age of 25.

READ  Why I will not marry a Nigerian woman – Super Eagles’ Coach, Gernot Rohr
Share this Post[?]