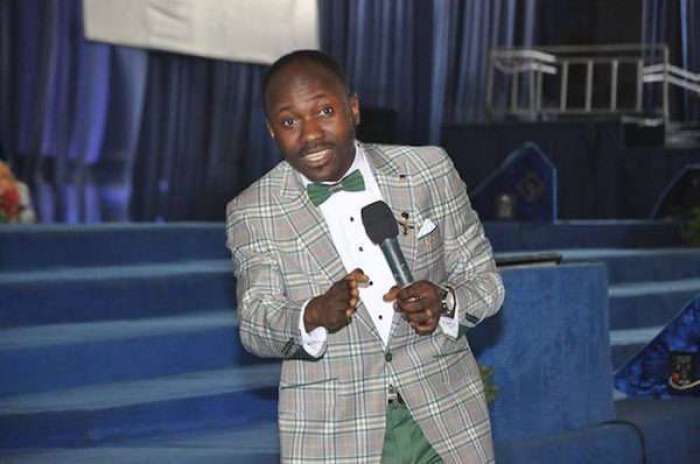 The General Overseer of the Omega Fire Ministries, Apostle Johnson Suleman, has issued a strong warning on the need to imbibe the culture of extending a helping hand to those who are in need.

The general overseer while speaking in one of his sermons, urged his congregation to always endeavour “not to eat alone but rather to eat along with friends and families” who are needy.

Apostle Suleman urged his congregation while speaking with one of his old time friends whom he surprised with a car gift and a house of four flats.

He said that Christians should always be willing to help those who appreciate the work of God in their lives. “Those who are humble enough to seek their help should be assisted in any form,” he said.

In his words, the Pastor said; “There is nobody that will take anything out of this world. If you like buy a golden coffin.

Those who don’t attach value to things, things come after them. If a friend humbles himself or herself to see that you have been lifted by God please do what a friend should do.

This s coming at a moment when the Pastor had been in the news in recent times after he acquired a private jet to enhance his ministry.

However, his private jet has continued to attract several reactions as some claim that he should channel monies he acquired his private jet with to the less privileged and to those who need help in his church.