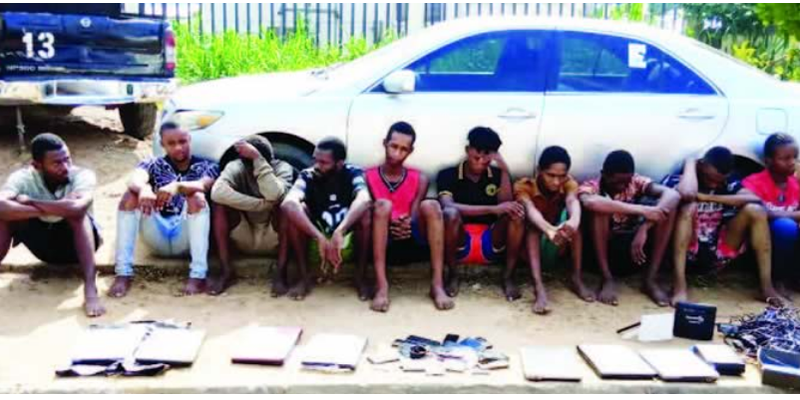 Officers of the Ogun State Police Command attached to the Agbado Divisional Headquarters have arrested four suspected cultists for allegedly killing a 26-year-old man, Saibu Azeez, at a birthday party in the Abule Lemode area of Ijoko in the Ado-Odo/Ota Local Government Area of the state.

The suspects, Opeyemi Olalekan, Azeez Ologundudu, Emmanuel Omoboriowo and Anigilaje Babatunde, armed with broken bottles, stormed the venue of the party around 2am and unleashed terror on those who attended.

Confirming the incident, the State’s Police spokesperson, DSP Abimbola Oyeyemi, in a statement said: “The hoodlums stabbed the father of the celebrant on the head before they got hold of one Saibu Azeez and stabbed him in the stomach.

“Having received a distress call, the DPO, Agbado Division, CSP Aloko Amodu, led his patrol team to the scene, where four members of the dreaded group were arrested.”

He added that preliminary investigation revealed that the deceased was likely to be a member of a rival cult and his assailants came on a possible reprisal.

The police spokesperson added, “The arrested suspects have all confessed to being members of a rival cult.

“The corpse of the deceased has been deposited in the morgue for post-mortem examination.”