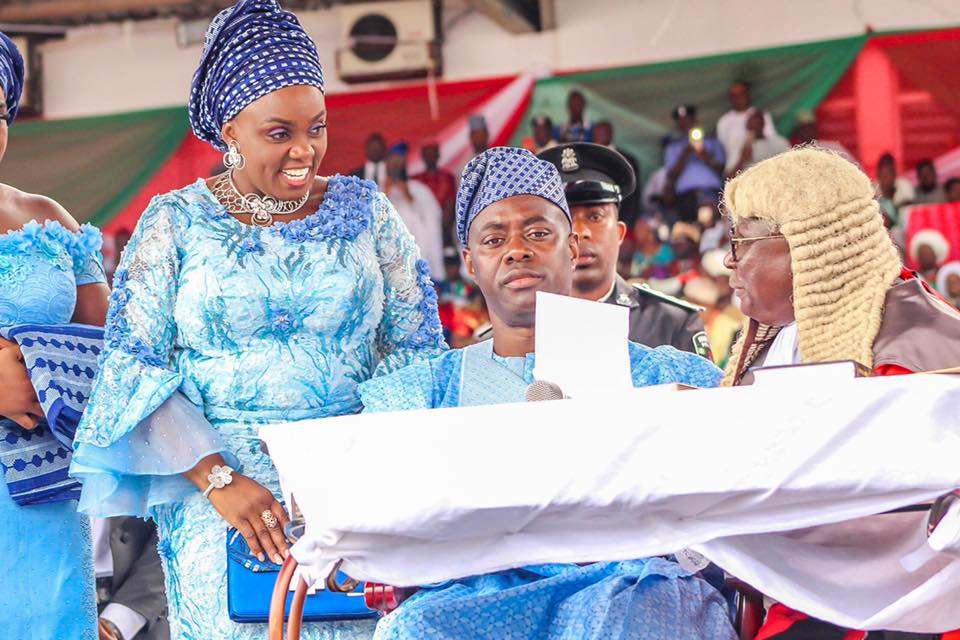 Engineer Oluseyi Makinde was on Wednesday sworn in as the new governor of Oyo State.

The News Agency of Nigeria (NAN) reports that Makinde took his oath of office at exactly 12.21pm, immediately after his deputy, Engineer Rauf Olaniyan.

The Chief Justice of Oyo state, Justice Muktar Abimbola, administered the Oath on the duo.

In his inaugural speech, Makinde promised to donate his entire salary as governor to the state Teacher’s Pension Fund.

“We are not ignorant of the plight of our dear teachers,” he stated.

He also abolished payment of N3,000 school fees in the state-owned secondary schools, saying the gesture is aimed at encouraging children on the streets back to classrooms.

He promised to provide the needed infrastructure and manpower by increasing the state education budget to 10 percent of the total budget.

“Recently the Federal Government announced a new national minimum wage in which the lowest cadre of civil servants is expected to earn at least N30,000.

“With the way the Oyo State account currently stands, I will be deceiving you if I say we are capable of taking on this burden,” he said.

He, however, said that his administration would hold sincere dialogue with labour unions to arrive at the best possible decision in the overall interest of workers in the state.