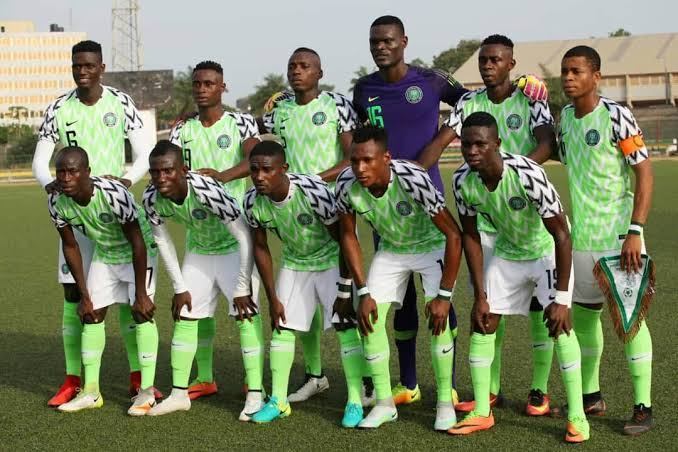 The Flying Eagles of Nigeria are out of favour today,the eagles failed to reach the quarter-finals of the 2019 FIFA U-20 World Cup in Poland

The Flying Eagles of Nigeria are out of favour today,the eagles failed to reach the quarter-finals of the 2019 FIFA U-20 World Cup in Poland after losing their Round of 16 match 2-1 to Senegal on Monday.

The flying eagles who narrowly escape the group stage met their waterloo today in the hands of a more powerful senegalese team.

The Senegal stars netted two first half goals, while the Flying Eagles scored early in second half but failed to equalise.

Mohemmed Tijani lurked dangerously at Senegal’s area in the 11th minute but his header dropped off target on the roof of the net.

Sor replaced injured Effiom in the 32nd minute. And had a chance at goal few minutes later when raced to the end the of Flying Eagles’ sharp counter-attack but Senegal goalkeeper Daily Ndiaye gathered his lame shot

Amadou Sagna scored Senegal’s first goal in the 36th minute – his fourth in the tournament. He held off Salawudeen’s challenge at the edge of the box before shooting home beyond Olawale Oremade in goal for the Flying Eagles.

Niani doubled the Junior Teranga Lions’ lead in the third minute added on to the first 45 minutes for stoppages.

Flying Eagles returned from the recess looking revitalized. And it paid off in the 50th minute as Aniekeme Okon deflected Success Makanjuola’s free-kick into the Senegalese net to half the deficit.

Paul Aigbogun, looking for better cutting edge, substituted Michael with Peter Eletu in the 58th minute. But it was all a nervy search for the equalizer but Senegal defended in their numbers.

Oremade saved brilliantly off A corner kick in the 68th minute. Two minutes later, Sagna saw his effort go narrowly wide after a brave solo run at the Nigerian defence.

Senegal fought hard to ward off the Nigerian lads’ desperate search for a goal that might extend the contest to extra time.

Following the defeat,Nigerians have showed their dissapointment with the flying eagles while some also slash muds on their coach for lacks of tactics.