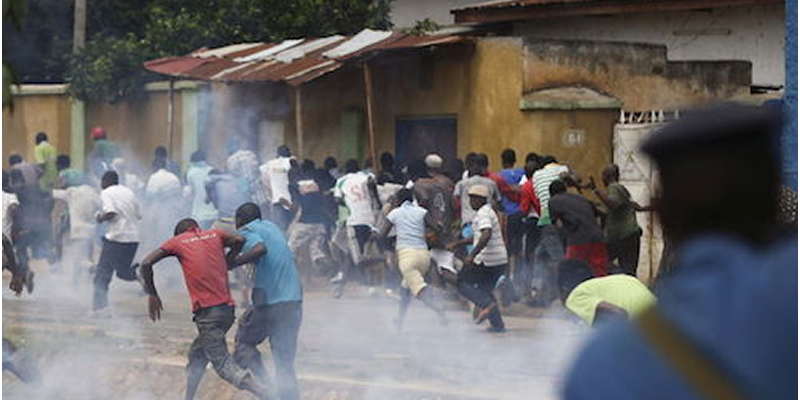 An alleged clash between Ogidi community in Idemili North local government of Anambra State and their counterpart from Umusiome village in Nkpor community of the same council over land boundary has left a 70-year-old man dead and three others injured.

The deceased, Chief Anthony Okongwu from Ikenga Ogidi, allegedly lost his life on June 1 when the people of Ikenga Ogidi went to inspect their portion of land at Agu Owele which Nkpor community was allegedly encroaching on.

Briefing newsmen in Awka on the matter, the national President of Ikenga Ogidi, Hon. Amaechi Ekume and national Secretary, Chime Amanwa, said their community had been having a boundary dispute with Umusiome village.

They said that the Supreme Court in 1997 entered a judgement in favour of Ikenga Ogidi and boundary monuments were erected but Umusiome had continued to violate the judgment since then, prompting their community to approach the state government which issued a gazette No. 7, Volume 7 of July 31, 1997.

Ekume said: “The two communities were advised to maintain the status quo and the boundary monuments were restored, still, Umusiome has continued to violate the agreement and our people complained to the police and the commissioner issued a specific directive that Umusiome and Ikenga Ogidi should stay within their sides.”

He said his people were attacked when they went to inspect their land, on June 1, which resulted in the loss of life and injuries.

The Ogidi people expressed concern that the police seemed to be docile on the matter.

But when the police were contacted, the state Police Public Relations Officer, Haruna Mohammed (SP), said that the matter was under investigation.

Giving their own version of the story the Chairman of Umusiome village, Nkpor, Mr. Pius Obiogbolu said they were not challenging the Supreme Court judgment but the Anambra State government gazette which he said, was wrongly done, adding that they want it repealed.

While acknowledging that the two communities had been in dispute over land for many years now, Obiogbolu said that they wanted the state government to implement the recommendations made by those they invited to look into the land dispute.