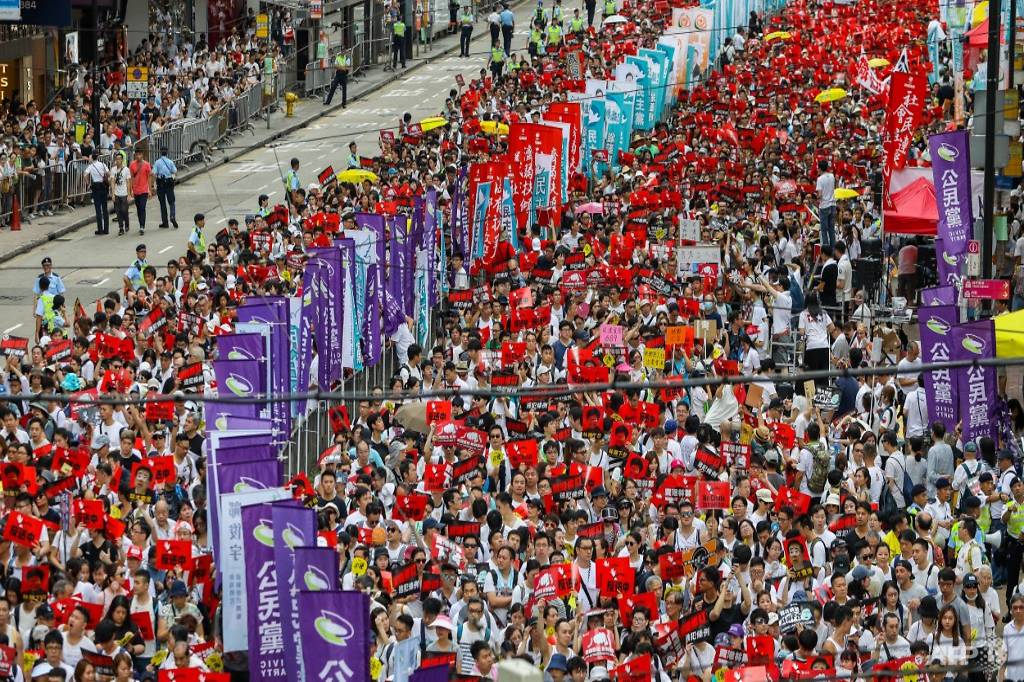 Hong Kong was plunged into a fresh political crisis on Sunday night after several hundred thousand people took to the streets to thwart a proposed extradition law that would allow suspects to be sent to mainland China to face trial.

Organizers said their initial estimates put the turnout at well over half a million people, saying it outstripped a demonstration in 2003 when 500,000 hit the streets to challenge government plans for tighter national security laws.

Those laws were later shelved and a key government official forced to resign. Sunday’s outpouring was already raising the pressure on the administration of Hong Kong Chief Executive Carrie Lam and her official backers in Beijing Reuters said.

“She has to withdraw the bill and resign,” veteran Democratic Party lawmaker James To told crowds gathering outside the city’s parliament and government headquarters on Sunday night.

“The whole of Hong Kong is against her.” To spoke, thousands were still arriving, having started the march five hours earlier, filling four lanes of a major thoroughfare. Some sat in a nearby park singing “Hallelujah”, but on a nearby road, tensions were building after hours of peaceful protest.

Riot police armed with batons and helmets were gathering while government-funded broadcaster RTHK reported that they used pepper spray on six masked men trying to block the road.

Lam had yet to comment on the rally. The demonstration capped weeks of growing outrage in the business, diplomatic and legal communities, which fear corrosion of Hong Kong’s legal autonomy and the difficulty of ensuring basic judicial protections in mainland China.

US and European officials have issued formal warnings – concern matched by international business and human rights lobbies that fear the changes would dent Hong Kong’s rule of law. The former British colony was handed back to Chinese rule in 1997 amid guarantees of autonomy and various freedoms including a separate legal system, which many diplomats and business leaders believe is the city’s strongest remaining asset.

The unusually broad opposition to the rendition bill displayed on Sunday came amid a series of government moves to deepen links between southern mainland China and Hong Kong.