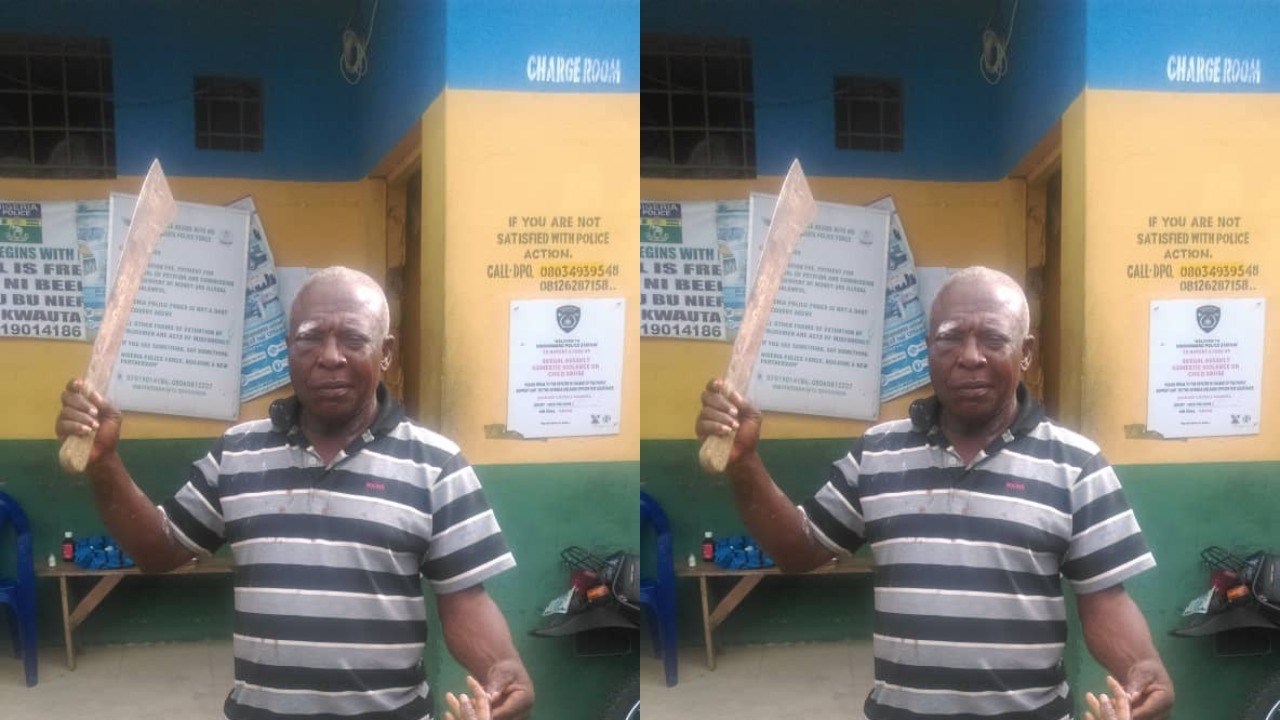 The Lagos state police command have arrested a 61-year-old man identified as Jeremiah Obifor, for cutting off the hand of an 11year-old boy identied as Goodluck Amechi, in the Okokomaiko area of the state.

A statement by the command’s spokesperson, Bala Elkana, says on Friday June 7th, a lady identified as Doris Isaac of No.6 Ajanaku Street, Okoko reported at Okoko Police Station that on the same date at about 8.20am, her foster son, Goodluck was attacked with a matchet by one Jeremiah and cut off his right hand.

The victim was rushed to Igando General Hospital. The suspect alleged that he saw the victim around his fish pond and thought that he came to steal his fish, that is why he attacked him.

Investigation is ongoing and the suspect will be charged to Court.