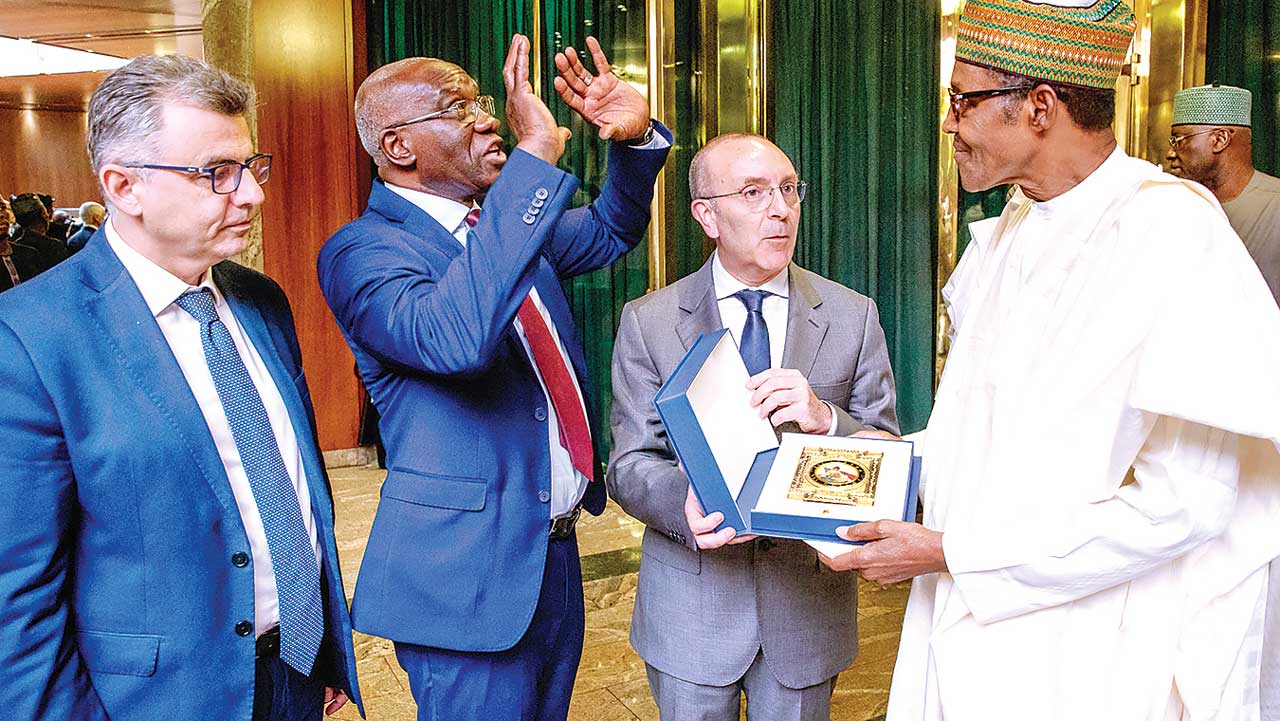 President Muhammadu Buhari has welcomed the support of the Italian government to help recover and repatriate illegally deposited Nigerian assets in foreign nations.

He spoke when he received a delegation from the Italian Parliament led by Senator Vito Petrocelli, Chairman, Senate Committee on Foreign Affairs, at the Presidential Villa, Abuja.

The Italian Ambassador to Nigeria, Dr. Stefano Pontesilli, who accompanied the delegation, informed the Nigerian leader that ‘’we are willing to cooperate with your administration 100 per cent on illicit assets repatriation.’’

The president commended the Italian government for demonstrating ‘’open-mindedness and willingness to cooperate with Nigeria on the issue of repatriation of stolen funds.”

Buhari promised the delegation that his second term in office would consolidate on the progress recorded in the last four years.

A statement by his Senior Special Assistant on Media and Publicity, Garba Shehu, said the president also pleaded with developed countries to revive the Lake Chad.

Earlier, Petrocelli told the nation’s first citizen that the delegation, which included a Nigerian/ vice chairman of the committee as well the first African to be elected into the European nation’s legislature, Senator Tony Chike Iwobi, was in the country to witness the June 12 Democracy Day celebration.