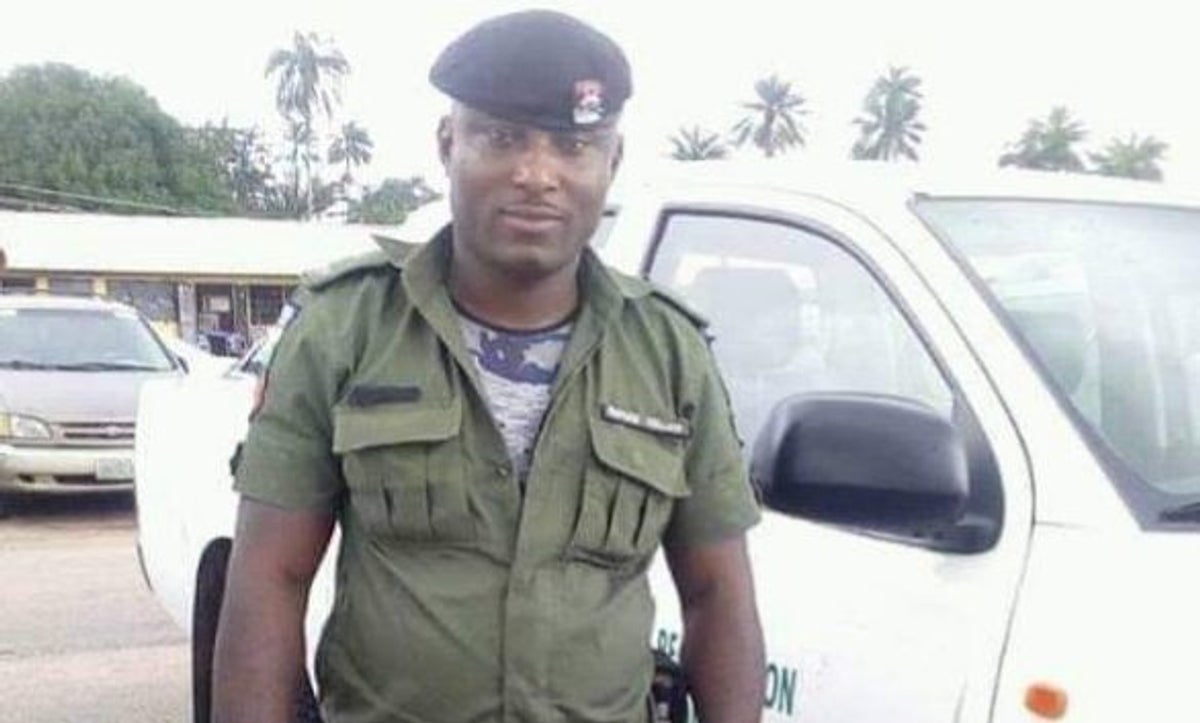 A Sergeant named Collins Akpugo, who allegedly shot and killed 21 year old Mr Chukwuikem Onuoha has been declared wanted by the Commissioner of Police in Abia State, Mr Ene Okon.

This came in after a protest was staged last week Tuesday, over the death of the deceased who was shot in front of his father’s compound.

Reports revealed that Akpugo had on June 4, 2019, shot Onuoha to death at Afaraukwu community in Umuahia North Local Government Area, because the deceased asked him to dim the light of his vehicle.

This led to an argument before the cop shot him.

In a statement by the Police Public Relations Officer in the state, Mr Geoffrey Ogbonna, Akpugo was declared wanted after the five days given to him to surrender himself for Police disciplinary actions had elapsed.

The commissioner also added that a sum of N500,000, will be rewarded to anyone with information about the policeman’s whereabouts.