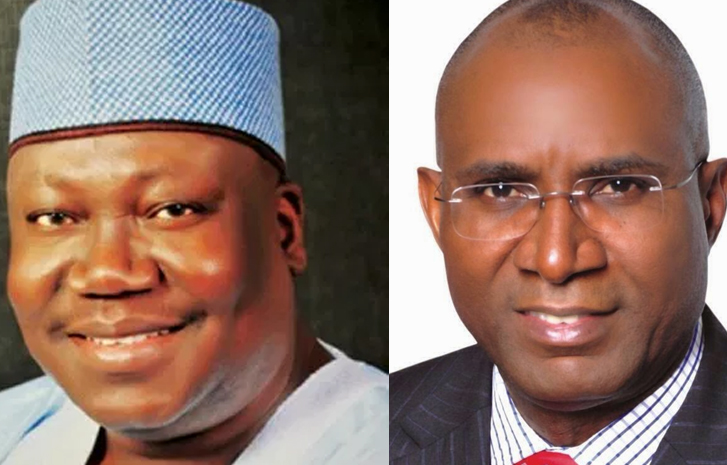 The News Agency of Nigeria (NAN) reports that Lawan (APC-Yobe) emerged president of the 9th Senate after defeating his only contender, Sen. Ali Ndume with 79 votes. Ndume had 28.

Reacting, former President of the Senate, Adolphus Wabara said the outcome of the election was an indication that the members-elect voted their choice.

He urged them to hit the ground running, noting that Nigerians are expecting their contribution to the growth of the economy.

He said the voting was democratic and keenly contested because nobody came unopposed.

“The victors should do the needful in the interest of the masses,” he said.

Former Kano State Governor, Ibrahim Shekarau said the way in which the senators-elect conducted themselves was impressive.

Shekarau, who is a member of the 9th senate, said it is a victory for democracy.

Sen. Barau Jibrin (APC-Kano) said the outcome of the election was good for democracy.

He said with Lawan’s leadership, he was optimistic that the 9th senate would be rancour free.

He added that he was hopeful that democracy would get stronger as the years go by and what happened was a clear indication of how much senators-elect believed in Lawan’s leadership style.

Sen. Matthew Urghoghide (PDP-Edo) said he was satisfied with the outcome of the election, saying he had no regrets publicly declaring support for Lawan’s emergence.

He expressed hope that “the 9th senate will deliver on its mandate.”

Sen. Clifford Ordia (PDP-Edo) also identified with Lawan, adding that “what is left is to settle to the business of lawmaking and other legislative activities.”

NAN reports that the inauguration started on a rancorous note after a protest by some senators-elect over announcement by Mr. Mohammed Omolori, Clerk of the National Assembly that open secret ballot system was to be used to elect the presiding officers.

It however ended peacefully as the situation was brought under control by the clerk, who officiated the election process.

The inauguration started at exactly 10:a.m. with 107 senators-elect in attendance as against 109 as two senatorial seats in Imo were declared vacant.