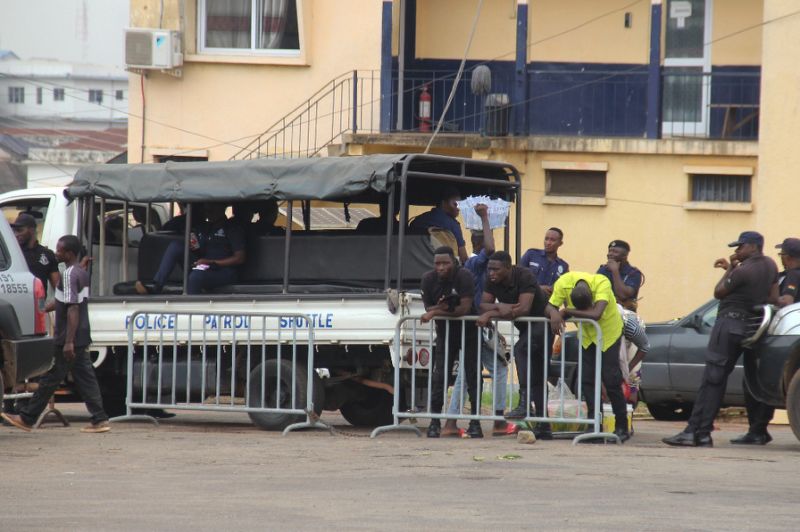 Ghanaian security forces on Wednesday freed two young Canadian women who had been kidnapped at a golf club in the city of Kumasi last week, the government said.

“Citizens and travellers are once again assured that Ghana remains safe”.

The Canadians, aged 19 and 20, were abducted on June 4 in Kumasi, Ghana’s second largest city, located some 200 kilometres (125 miles) northwest of the capital Accra.

They had been travelling in an Uber with a third Canadian woman.

When they reached their destination, the pair got out of the taxi first and were taken. The third woman then went to alert the police with the Uber driver.

Abductions and violent crime towards foreigners are relatively rare in Ghana.

Last year, three Ghanaian women were kidnapped in the southern port of Takoradi.

In April this year, an Indian man was reportedly abducted, also in Kumasi, by an armed gang demanding a cash ransom. He was swiftly rescued by police. The Estonian consul was also briefly abducted in April, but released soon after.

Local media quoted President Nana Akufo-Addo this year as warning that action must be taken to make sure kidnapping “doesn’t become a feature of our society”.

“Our brothers and sisters in Nigeria have known it,” Akufo-Addo said.

“But we have not known it in this country, and we need to do something about it, to make sure that it doesn’t become a feature of our society.”

Police on Tuesday briefly arrested Samuel Ofosu-Ampofo, the chairman of the largest opposition party, in connection with kidnappings.

He was later released but ordered to report back to the Criminal Investigations Department on Thursday, according to a post on the official police Twitter account.

Ghana, a nation of some 30 million people, has long been seen as a bulwark of stability in a region struggling to contain multiple groups of Islamist fighters.

Tourism plays a big role in its economy, accounting for around five percent of GDP.

The country hosts more than 1.3 million visitors a year, pitching the image of a friendly country with palm-fringed beaches.

Many visitors, especially from North America, also come to see the grim reminders of the slave trade.

Kumasi, the historic capital of the Ashanti kingdom, is a favourite destination.