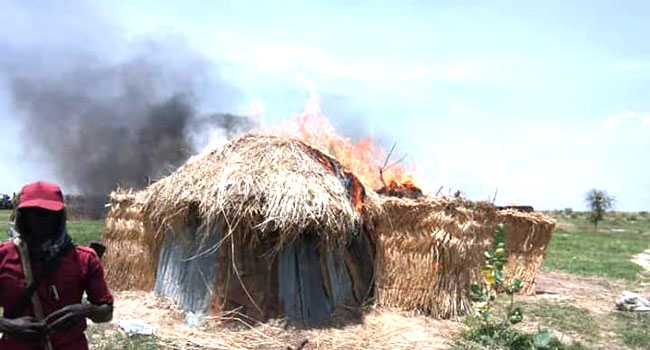 In a statement issued on Wednesday, the acting Director of Army Public Relations, Colonel Sagir Musa, said the operation was made possible following a collaboration with the Civilian Joint Task Force (CJTF).

According to Musa, two women and three children suspected to have been kidnapped by the terrorists were also rescued in the process, around the bushes of Kajeri and Saleri villages.

He further stated that the rescued victims will be handed over to the appropriate agency for further action.