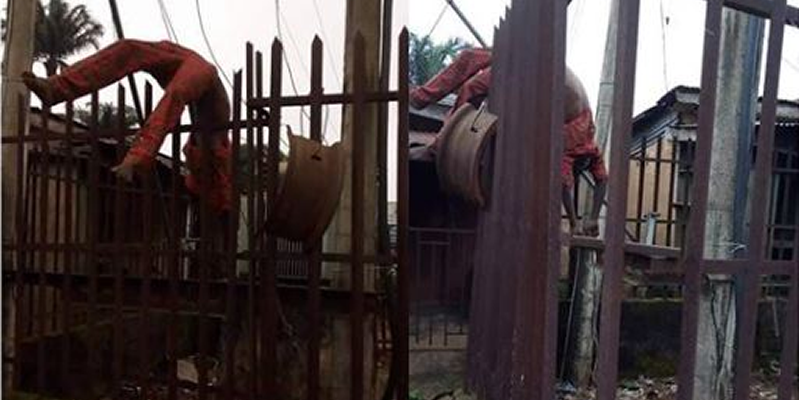 A suspected cable vandal was electrocuted on Sunday while attempting to vandalise an armoured cable at Ezinifite, Aguata Local Government Area of Anambra State.

The deceased, whose name could not be ascertained as at last night, attempted to remove the armoured cable when the wire exploded and electrocuted him.

The installation is owned by the Enugu Electricity Distribution Company (EEDC).

He said: “About 7am today, there was a report at Aguata Police Station, through the vigilance commander in Ezinifite that a suspected cable vandal, whose identity is yet to be ascertained, wanted to vandalise one of their EEDC transformer installation at Ezinifite.

“But he was unlucky as the cable exploded and electrocuted him instantly. Police patrol team, led by the DPO of Aguata division, SP Ayeni Oluwadare, visited the scene and the vandal was rushed to the General Hospital in Aguata where he was confirmed dead on arrival. “Meanwhile, the EEDC office was contacted, body photographed and deposited at the mortuary for autopsy.”

Mohammed added that investigation had begun to ascertain the vandal’s identity and circumstances surrounding the incident.