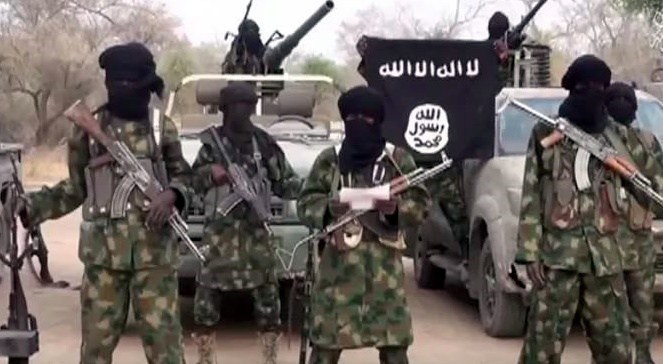 Nigerians have been alerted of the latest antics being deployed by the Islamic State of West African Province, ISWAP, to divert attention from the fact that they have been decimated.

Network Against Cyber-Terrorism, which raised this alarm on Monday, noted that members of the sect have resorted to manipulating videos to show that they are still occupying some communities in the country.

NACT said they have now resorted to psychological terrorism by floating fake footages to create the impressions that they have recently carried out successful attacks.

Jackson Ike Mefor, President of the group, while addressing newsmen on the development on Monday, warned the general public against falling for the tricks of the defeated terrorists.

His statement reads below.

The intensified onslaughts on these vermin have seen them roundly dealt with in Doron Naira, Ngouma in Cameroun, Arege, Malkonory and Tumbun Rego as well as Goniri, Nbaga and Gero. The losses inflicted on the terror infrastructure from the encounters in these battles have been shown to the world and they clearly confirm that ISWAP is getting the correct dose of the medication being administered for its madness by sovereign states.

There are enough pictorial and video evidences to the effect that the projected ascendancy of the terrorist organization in the Lake Chad Basin is not just being halted but ISWAP is increasingly going into disarray. In the span of the previous few weeks, the terrorists have lost caches of weapons and ammunition to the military operations in the region. They are also losing commanders on a scale they never thought possible since they recently had injection of experienced terrorists from the Middle East.

These series of losses on battle will naturally attract certain responses that fit into the established pattern that the cowardly terrorists are known to have repeatedly adopted. The first is the resort to resume attacks on populations that they know to be incapable of fighting them as exemplified by the weakness demonstrated when they attacked framers in Ngamgam village, Mobbar Local Government Area of Borno state. The attack was motivated by the bitterness they felt over their serial losses which they, in part, attributed to the farmers providing actionable intelligence to government forces.

The second response from the beleaguered terrorists is to revert back to deploying propaganda with intent to mislead the public, their sympathisers and sponsors that they continue to be relevant. These terrorists, after suffering monumental defeats, have now resorted to psychological terrorism by floating fake videos to create the impressions that they have recently carried out successful attacks.

These videos often trend and they become rallying points for those that are cheering the terrorists on to commit more crimes against humanity. The media so published often get repeated and looped several times over to an extent that finding out the truth becomes a difficult task especially for publications that do not have the resources for on the ground verification of the claims made in such clips.

After carefully reviewing videos purportedly showing the occupation of military bases and other footages meant to depict ISWAP as regaining relevance, we have concluded that the videos were manipulated to create the wrong impressions. The videos are old clips re-published to create the impression of currency at a time when the terrorists are taking heavy causality. We also found that the ones that are genuinely recent among the video were staged at locations other than they were claimed to be.

However, we observed that some people continue to fall for this cheap trick, ostensibly because the online assets of the terrorist group are able to whip up sentiments around the videos by trolling the Nigerian Military and the MNJTF to the benefit of ISWAP. This development fits smugly into the intention of the terrorists. Their objective is to terrorise the population using the fake video by making people believe that they are in control of key military facilities in the Lake Chad Region when in reality they are taking flight owing to recent successes being recorded by the Nigerian military in its counter terrorism operations.

This attempt at lying about occupying military bases become exceptionally comical when one of the places they claim to be in control of is where the Chief of Army Staff, Lt. General Tukur Buratai has been in the theatre of operations, personally leading the troops to carryout various operations, boosting troops’ morale in a rare act of patriotism that have made them to continue to display uncommon gallantry. For terrorists that can lie about being in control of such location it is apparent that every other thing they have claimed in recent weeks is a lie.

Because we realize that the lies of the terrorists might have done untold damages to the psyche of the civilian population before they are properly addressed, the Network Against Cyber- Terrorism has resolved to actively track the propaganda being pushed out by the terrorists and their online supporters. It will promptly brief the public of such development as the need arises in order to curb the panic that ISWAP/Boko Haram want to spread among the populace. A population that is being saved from and has been saved from terrorists’ attacks does not deserve to be terrorised with terrorist propaganda as the ISWAP videos intended.

The Network nonetheless charges those that legitimately work in disseminating information – journalists, editors, bloggers, and social media influencers etc. – to take exceptional care in treating multimedia contents emanating from ISWAP. They should bear certain things in mind in this regard. The first is to be mindful of unknowingly helping to spread lies and propaganda for the terrorists. The second reason to be circumspect is the need to not assist the terrorists in spreading weaponized messaging that terrorize members of the public.

We are convince that the cyber space is a key battleground where a timely defeat of ISWAP will translate into a conclusive dismantling of its terror infrastructure and a resounding defeat in the physical battles in the various theatres of military operations against the global menace.
Thank you for listening.