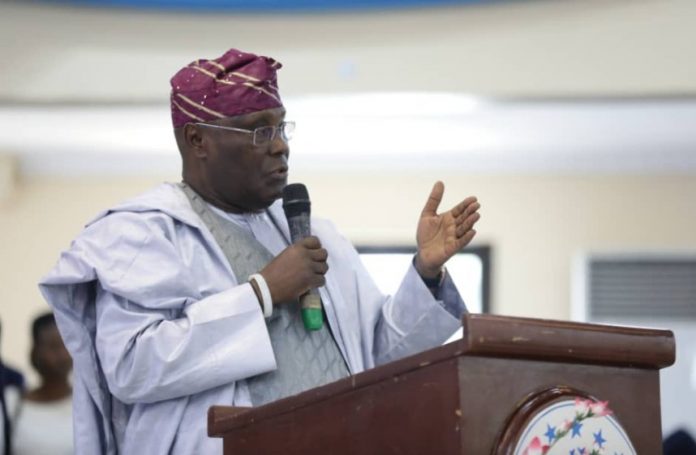 Presidential candidate of the Peoples Democratic Party (PDP) in the 2019 elections Atiku Abubakar, will still be declared rightful winner of the contest, Dr Adamu Sani, chairman of The Pukka Initiative, which campaigned for him, has assured.

He told supporters of the PDP and Atiku to remain hopeful of emerging victorious in the legal battle to reclaim what he described as the stolen mandate of their candidate.

Sani spoke with reporters in Yola, capital of Adamawa state.

He said Nigeria earnestly needs Atiku based on his campaign promises and record as a successful technocrat, a businessman, an employer of labour, an educationist, a philanthropist and a promoter of youth entrepreneurship.

According to him: “Nigeria is in dire need of a leader who understands the demands of the present and the promise of the future.

”The buildup to the 2019 Presidential elections clearly indicated that the ‘Atiku Plan’ is what Nigerians desperately wanted. Atiku’s ideas endear him to millions of Nigerian youths as he promised to give the youths up to 40 percent of cabinet positions.”

He added that Atiku, “As the father of restructuring Nigeria for the benefit of all, is poised to eliminate poverty, improve security and peace, unite the various ethnic nationalities in Nigeria, especially millions who feel marginalized because he has the experience.”

Maintaining his belief that Atiku is the nation’s answer this material time, Adamu said: “When you combine the above attributes with his international connections and urbane outlook, I bet you Nigeria and Nigerians will witness great prosperity, peace and security and economic development. The signs are there, Atiku is coming, Insha Allah.”

Expressing the conviction that Nigeria actually voted Atiku in the last election, Adamu said: “We believe in our leader and we believe he won the 2019 presidential election.

“We will keep faith with God and the Judiciary to deliver justice and restore the mandate to Atiku Abubakar to lead Nigeria.”

He said his belief in Atiku’s performance in the 2019 election is not unfounded, explaining, “Remember that in 2015 the alliance of the political heavyweights, including the likes of Atiku Abubakar, former President Olusegun Obasanjo, former Senate President Olusola Saraki, former Speaker Yakubu Dogara, Senator Rabiu Musa Kwankwaso, Governor Aminu Tambuwal and former governor Attahiru Bafarawa all came together to make the 2015 victory possible for Buhari.

“Fast forward to 2019: all the alliances went to Atiku Abubakar. That was how Atiku won the 2019 elections.

“Most voters regretted voting for Buhari in 2015, they refused to make the same mistake in 2019.”