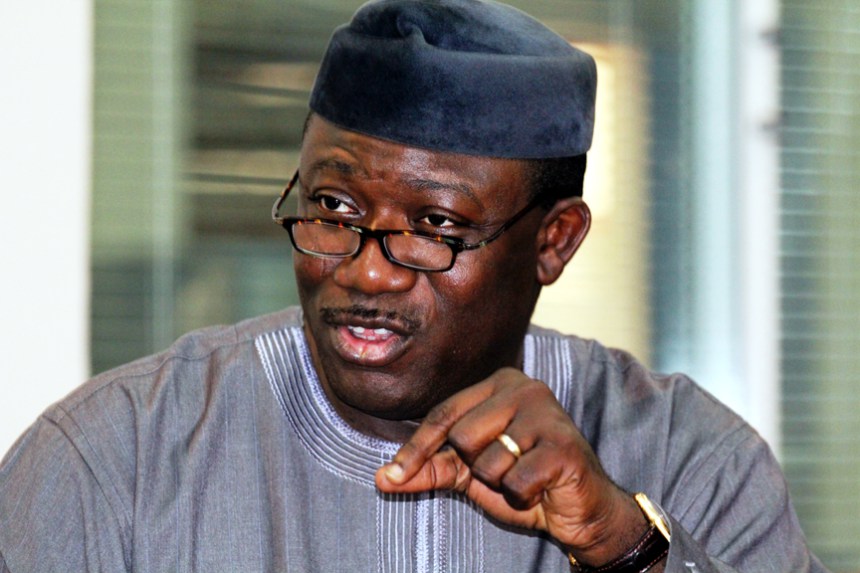 Mrs. Leah Ogundipe, who spoke on Monday from the street of Igede Ekiti on “Meet Your Governor”, a monthly programme, narrated what she was facing as a widow.

Mama Olufunmike Ogundipe lost her husband in 1994 and one of her children, who was the breadwinner of the family, also died in 2010.

Since then, life had been unbearable for her.

Mrs. Ogundipe called on Fayemi to make life better for the elders, saying since he had left office in 2014, no programmes targeted at alleviating sufferings were implemented.

The old woman, who said she had only N100 in her possession, appealed to the governor to quickly re-introduce stipend for the elderly.

She added that with the money, she would be able feed herself and her unemployed child, saying three of his children are without job.

The governor, who was touched by the widow’s honest appeal, received on demand Mrs. Ogundipe in his office.

The widow was accompanied by one of her daughters, Funmilayo Ogundipe.

Fayemi, who presented a cash gift to the widow, ordered that she should be pencilled down as an automatic recipient of the stipends for the elders, beginning from October

Apart from that, the governor also directed the Director-General, Enterprise & Microfinance, Kayode Fasae, to immediately give Funmilayo a temporary job placement.

In the same vein, the Director General, Employment, Labour and Productivity, Lanre Ogunjobi was directed to capture her for permanent job, when recruitment begins.